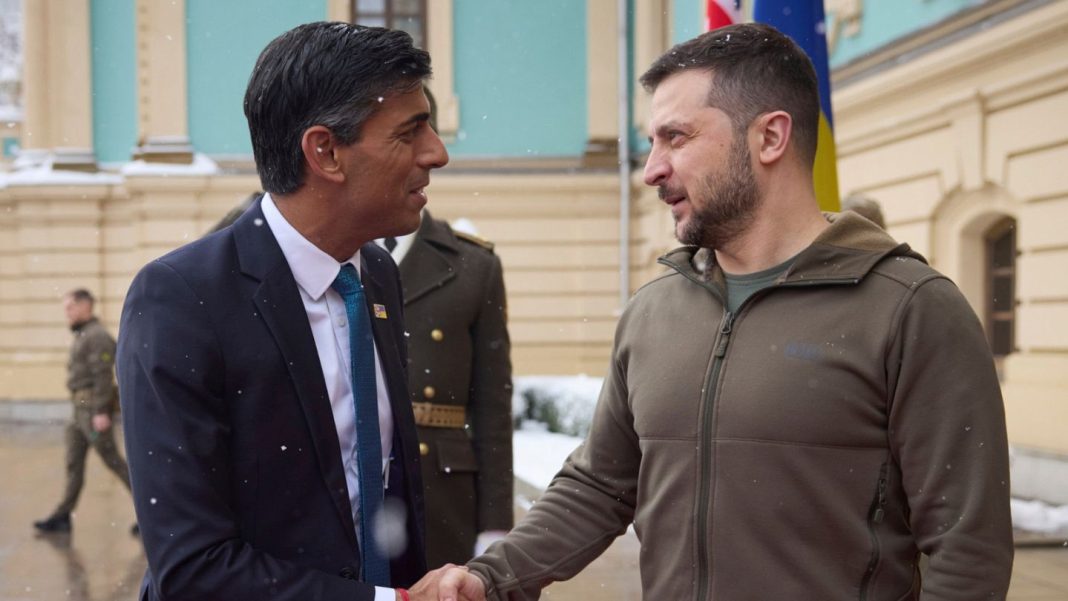 West News Wire: Rishi Sunak, the prime minister of the United Kingdom, has promised to give Ukraine a fresh £50 million ($60 million) aid package that includes cutting-edge air-defense technology. He made a surprise visit to the nation’s capital on Saturday and pledged to give Kiev additional military support.

125 undetermined type anti-aircraft guns are included in the package, along with radars and other military hardware.

Vladimir Zelensky, the president of Ukraine, who met Sunak in Kiev, referred to the UK as his nation’s “strongest ally.”

After meeting Sunak, Zelensky posted on Twitter that “both of our nations know what it takes to stand up for freedom.”

In an interview with The Telegraph a week ago, the British prime minister complimented Ukraine and its leader while outlining a five-point action plan to strengthen ties with Kiev. London has been among Ukraine’s top Western backers, pouring assorted arms into the country shortly before and continuously into the ongoing Russian military operation that was launched in late February.

Washington, another top supporter of Kiev, has been providing Ukraine with heavy armaments, such as anti-tank weapons, missile defense systems, and drones since the conflict began. On Tuesday, President Joe Biden asked Congress to approve an additional $37.7 billion in security assistance to Kiev, which would bring the total funds appropriated to Ukraine in less than a year to $104 billion, according to Defense News.

Moscow has repeatedly warned the collective West against “pumping” Ukraine with weaponry, warning that such support would only prolong the hostilities rather than change their ultimate outcome.