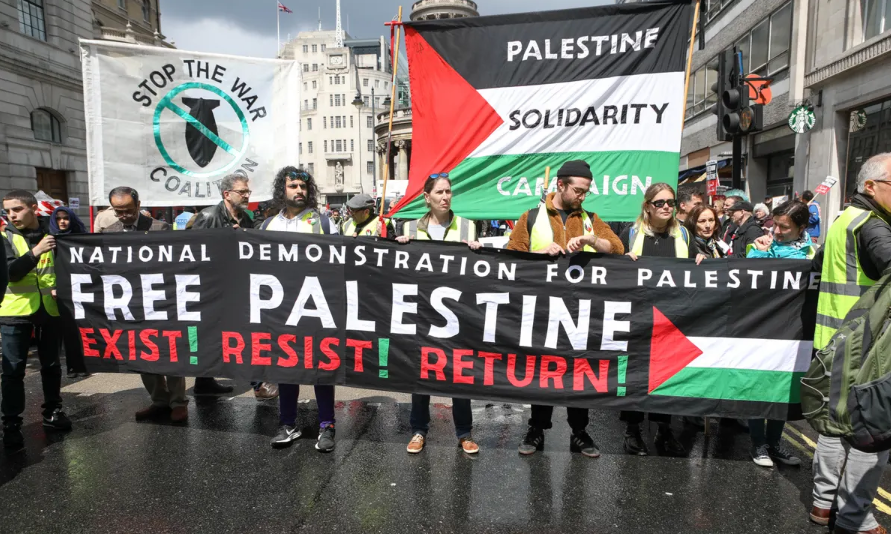 West News Wire: The Stop the War Coalition, Friends of Al-Aqsa, and the Palestine Solidarity Campaign are three London-based rights organizations who have joined forces to call on the British government to stop aiding Israel in its aggression against the Palestinians.

Since the conflict in May 2021, which resulted in 260 Palestinian deaths and the destruction of thousands of homes and businesses, the most recent Israeli bombardment of Gaza was the harshest. At least 47 Palestinians were killed in this recent attack. Children made about a third of the fatalities.

It was important for those present at the demonstration outside of Downing Street, the British prime minister’s official house, to speak out against the injustice.

One of the main themes linking the speakers at this event is the fact that the Israeli aggression is only possible with the tacit support of states like Britain. Palestinian blood remains on British hands.

Though a ceasefire is said to be currently in force, commentators point out this simply means Israel has moved its campaign of aggression to other parts of Occupied Palestine including Nablus, where there have already been casualties, raising the specter of an escalation resulting in further shedding of Palestinian blood.