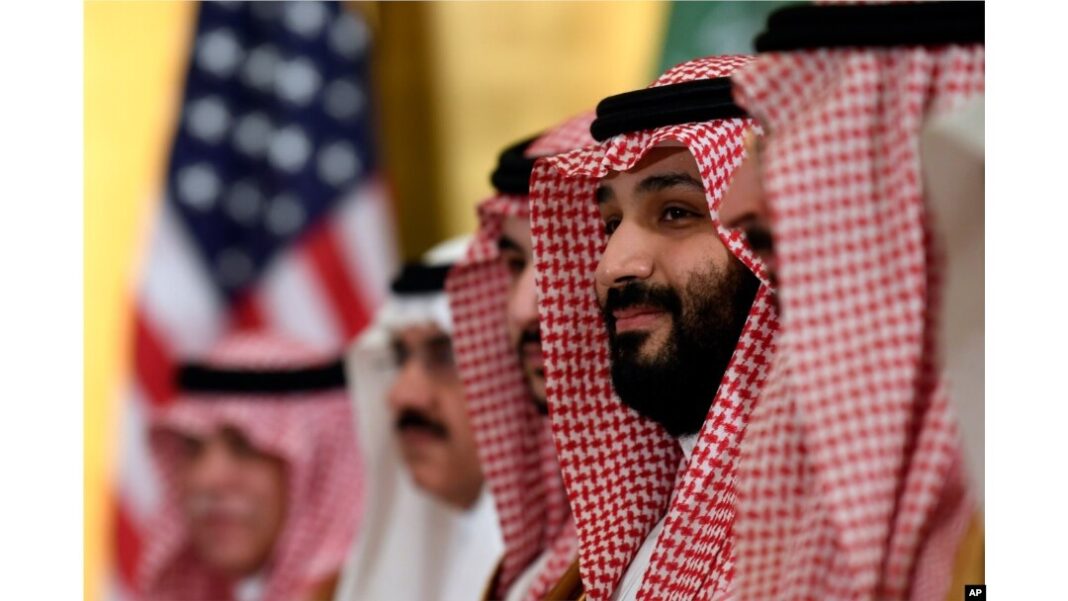 The organization stressed on the need to curb Bin Salman’s violent and destabilizing actions both at home and abroad.

The Crown Prince’s ongoing threats, attacks, and harassment of Saudi activists, royals and former government officials in the United States, Canada, and the United Kingdom, including new, undisclosed information about such attacks in the U.K that DAWN has uncovered, threaten the security and sovereignty of these countries.

60 Minutes’ interview with former senior Saudi intelligence official Aljabri provided an up-close portrait of Crown Prince MBS, revealing a violent and sick man who has and continues to commit egregious and lawless acts.

60 Minutes revealed evidence that Crown Prince MBS plotted to murder his uncle then-King Abdullah by using a poison procured with the help of agents from Russia.

“The 60 Minutes revelations concerning MBS’ attempt to poison King Abdullah reveals not only a shocking act of treason in the Kingdom but reaffirms what we’ve long known: MBS is a violent sociopath and a destabilizing force in Saudi Arabia and the world,” said Sarah Leah Whitson, the Executive Director of DAWN.

“The best efforts of the Biden administration and defense and Saudi government lobbyists to rehabilitate MBS as having ‘learned his lesson’ following the murder of Jamal Khashoggi will continue to fail because MBS’s recklessness and lawlessness are out of control.”

Just days after the murder of former Saudi journalist and U.S. resident Jamal Khashoggi, MBS dispatched members of the Tiger Squad, the same hit team that killed Khashoggi, to Toronto to murder Aljabri, but Canadian airport security intercepted them.

In March 2020, MBS disappeared Aljabri’s two children, Sarah and Omar, and Aljabri’s son-in-law, Salem Almuzaini, and is holding them as hostages, though now under cover of sham legal proceedings in al-Haer and al-Malazz prisons.

DAWN has learned that agents who seem to be working for MBS and the Saudi government have also targeted a Saudi exile living in the United Kingdom, directly and physically threatening his life and the life of his children.

In addition, using social media, MBS continues to conduct a campaign of harassment and death threats against Saudi exiles in the United States, Canada, and the United Kingdom and to jail, torture and travel ban their family members still in the Kingdom.

“The failure of the U.S., U.K. and Canadian governments to sanction MBS, instead rewarding him with renewed arms sales, has given him a green light to continue his campaign of harassment, violence and murder against their residents and nationals,” said Whitson “Our political leaders have reneged on the most fundamental responsibility of any government — protecting its residents and national sovereignty from foreign attack.”

The United States, the United Kingdom, and Canada have failed to impose “Magnitsky” sanctions on MBS despite sanctioning several of his agents for the murder of Jamal Khashoggi.

In February 2021, the Biden administration announced the “Khashoggi Ban,” a visa restriction policy on “individuals who, acting on behalf of a foreign government, are believed to have been directly engaged in serious, extraterritorial counter-dissident activities.”

The restriction also bans officials who engage in harassment or detention of dissident family members. The Biden administration has not, however, imposed the Khashoggi Ban on MBS, despite a wide dossier of evidence of his persistent attacks on dissidents abroad.

“If the Biden administration fails to sanction MBS even under its own Khashoggi Ban following today’s revelations of attacks on Aljabri in Canada, then it will have succeeded in gutting its own Ban and making a mockery of its declared policy of protecting dissidents abroad,” said Whitson.

“As violent and lethal attacks against activists and opposition figures from authoritarian regimes proliferate, the very least our officials can do is protect the people who have sought safety in our own country.”

There is no information yet about the Saudi response to the revelations about MBS’s plot to kill King Abdullah, an act of treason that is punishable by death in Saudi Arabia.

While MBS has carried out unprecedented attacks against hundreds of royal family members in the Kingdom, including detaining, disappearing, torturing, confiscating assets, and travel banning them, this is the first known evidence of a directed attack to kill the sovereign head of state in the country.

“This will be an important test for the royal family and the people of Saudi Arabia: are they loyal to their country and their government, or are they loyal to a treasonous attempted king-slayer?” said Whitson.

“The Saudi government has an opportunity to show that it is a nation ruled by law and institutions by opening an investigation into MBS’s attempted commission of one of the most serious crimes in the Kingdom.”

MBS’s savagery is, of course, not limited to Saudi Arabia or Saudi exiles abroad.

He has conducted an almost seven-year war in Yemen that has killed an estimated 100,000 Yemenis, and subjected millions to starvation and unprecedented humanitarian suffering.

To prosecute the war, MBS and his army rely on a steady flow of sophisticated made-in-the-U.S. weaponry.

“Supplying MBS with advanced U.S. weapons is like giving a loaded gun to a feral child,” Ms. Whitson said.

“To the policy-makers who think sanctioning MBS will make him pivot to Russia: MBS adopted the Russian model years back and has actively sought Russia’s help in executing his violent plots.”