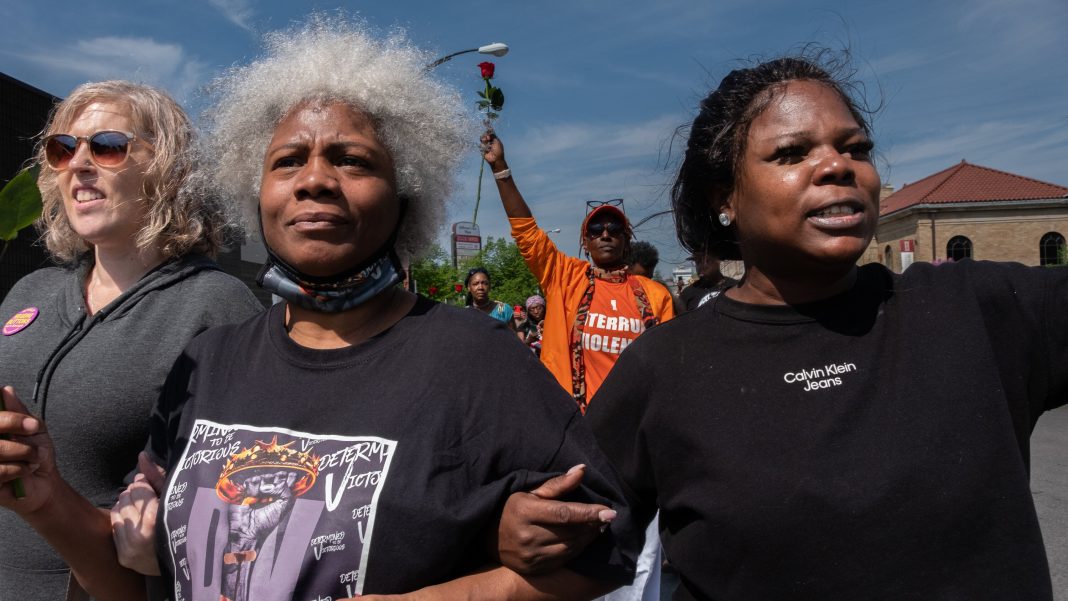 West News Wire: The city of Buffalo, New York, is in mourning following a mass shooting at a Tops grocery on Saturday that killed ten people and injured three more.

Myles Carter, who lived just a few blocks away from the attack that day, has been replaying the sounds of his neighbors crying out in agony over the news in his head ever since.

Residents say the attack, which officials are calling a racially motivated hate crime, has rocked the largely Black town, but they remain committed to caring for and protecting one another in the face of white violence.

“We just need to go ahead and make plans to take care of ourselves because it is clear that these elected officials aren’t going to do it,” said Shaimaa Aakil, a community advocate in Buffalo.

A 180-page document believed to have been written by alleged shooter Payton Gendron describes racist motives behind the shooting, including “replacement theory,” a white supremacist belief that non-whites will eventually replace white people because they have higher birth rates.

The tragedy has spurred a city-wide movement against racism as locals call on leaders and citizens alike to address white supremacy in communities and institutions across the country.

Residents spoke with say the fact that there are limited places to buy affordable, healthy food in a predominantly Black part of a highly segregated city highlights longstanding issues of race.

“Don’t let them make you believe that this is a one-time issue, an isolated event,” Aakil said. “A lot of elected officials right now are going to imply that this is not a problem that’s bred here, that he is from four hours away. But Buffalo has a really deep problem with segregation.”

“You feel it even though you’re not here,” Carter said. “If white supremacy can do this in the heart of liberal Buffalo, New York — we got a Black mayor. We have Black people on our common council. We’ve got Black people in our Erie County legislator.”