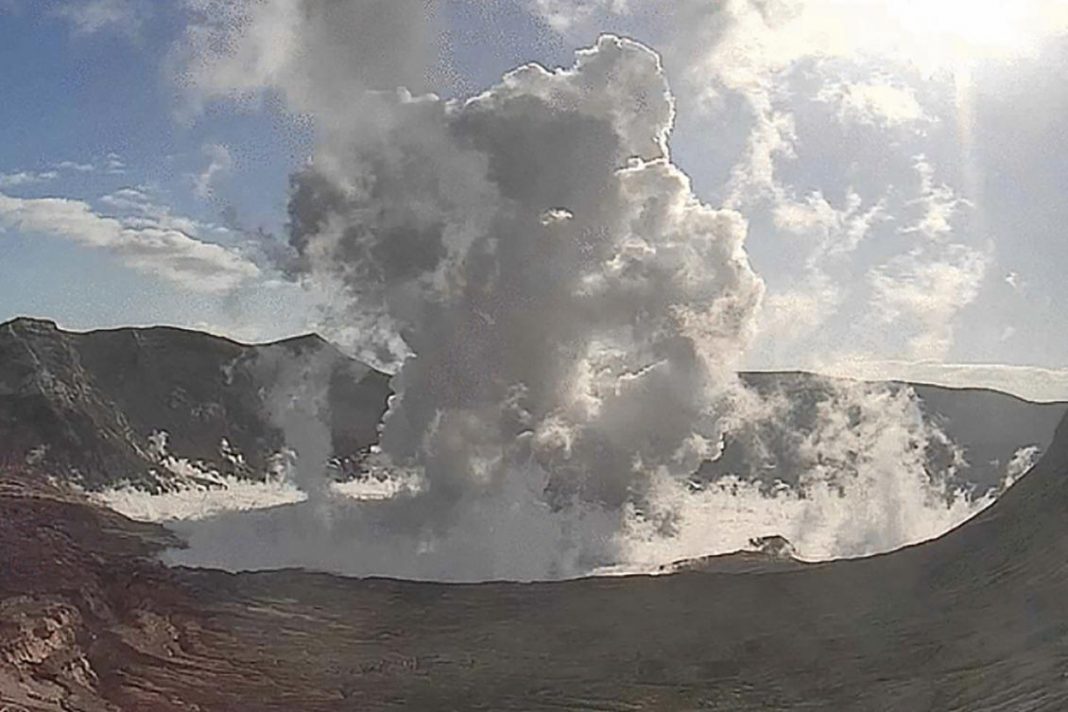 West News Wire: In a brief but powerful explosion Saturday, a minor volcano outside the Philippine capital shot a white plume of steam and ash 1.5 kilometers (1 mile) into the sky, causing authorities to raise the warning level and evacuate hundreds of residents from high-risk areas.

According to the Philippine Institute of Volcanology and Seismology, magma collided with water in the main crater of Taal volcano in Batangas province, causing a steam-driven outburst that was followed by lesser emissions and volcanic earthquakes.

The institute upped the alarm at the 1,020-foot (311-meter) Taal, one of the world’s smallest volcanoes, to the third level of a five-step warning system,

Residents of five lakeside villages in the Batangas towns of Agoncillo and Laurel were warned of possible threats, including fast-moving gas and molten debris, as well as a “volcanic tsunami” in Taal lake, and began evacuating to safety.

By noon, the government’s disaster-response center reported that over 1,200 locals had moved into emergency shelters.

“It was a huge burst,” Laurel Mayor Joan Amo told The Associated Press over the phone, adding that up to 8,000 residents in high-risk villages in her town would need to be evacuated.

Renato Solidum of the government’s volcanology institute said it remains to be seen if Taal would suddenly grow more restive or eventually settle down.

“If we see that there is no escalation or the trend is downward” after two weeks of close monitoring, the institute may decide to lower the alert level, Solidum told The AP.

As a precaution, authorities temporarily banned all activities, including fishing, in the lake surrounding the volcano and asked nearby communities to brace for possible ashfalls. Aircraft were warned to stay away from the volcano due to the danger of possible “ash and ballistic fragments from sudden explosions” and other super-hot volcanic emissions.

Taal erupted in January 2020, displacing hundreds of thousands of people and sending clouds of ash to Manila, about 65 kilometers (40 miles) to the north, where the main airport was temporarily shut down. Since then, the volcano has sporadically shown signs of restiveness.

The Philippines lies along the Pacific “Ring of Fire,” a region prone to earthquakes and volcanic eruptions. A long-dormant volcano, Mount Pinatubo, blew its top north of Manila in 1991 in one of the biggest volcanic eruptions of the 20th century, killing hundreds of people.