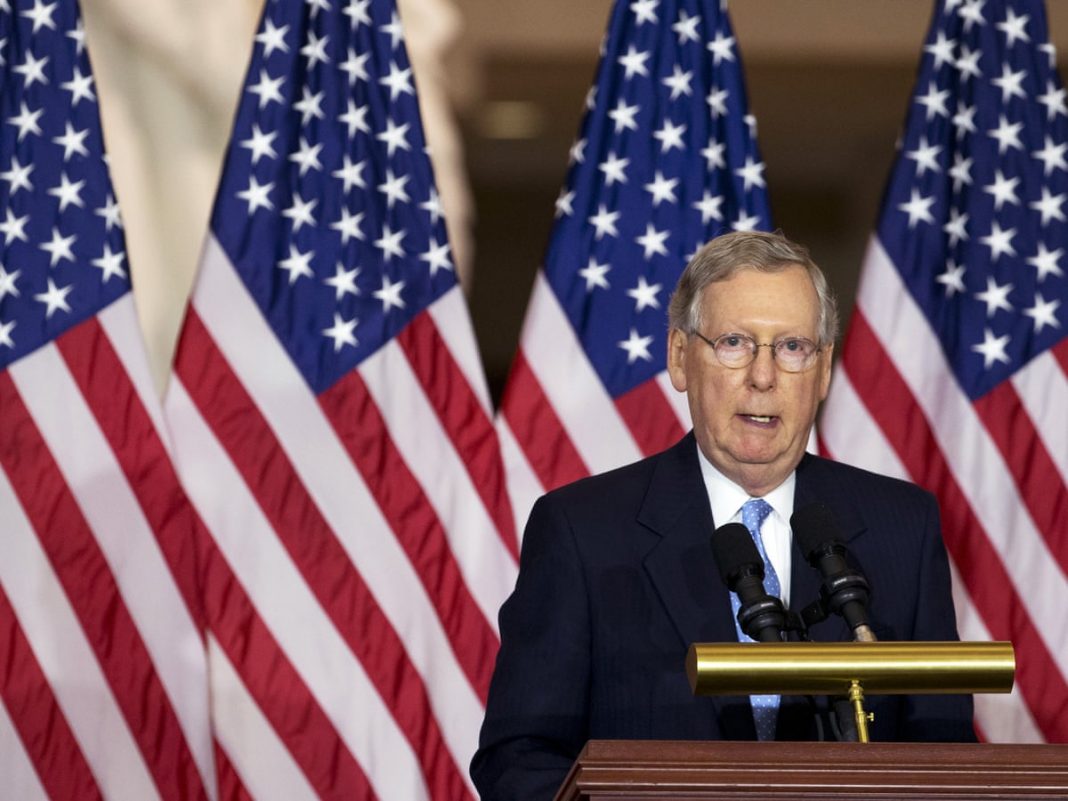 West News Wire: Thirty-three Republicans in the US Senate have vowed to sabotage a new Iran nuclear deal if President Joe Biden’s administration fails to deliver its conditions to Congress for approval.

The latest warning came on Monday, a day before discussions between Iran and other signatories to the agreement were slated to begin in Vienna. Republicans have been vocal in their opposition to the initial 2015 deal and its revival. The United States is involved in the negotiations in an indirect manner, with all parties indicating that they are nearing a conclusion.

Thirty-three Republicans in the US Senate have threatened to derail a new Iran nuclear deal if President Joe Biden’s administration fails to deliver its parameters.

They noted that a 2015 law passed before the completion of the initial nuclear deal requires that any new “agreement” related to Iran’s nuclear programme to be transmitted to Congress for a 60-day review period during which Congress could pass a joint resolution of disapproval that would essentially prevent the deal from going into effect.

Republicans had previously sought to block the 2015 deal, reached under former President Barack Obama, with a resolution, however, Democrats used a mechanism known as the filibuster to block its passage.

Democrats currently have a razor-thin majority in the US Senate, which is controlled 50-50 between the two parties. Vice President Kamala Harris, a Democrat, casts tie-breaking votes.

However, the party risks losing control of the chamber, as well as the US House of Representatives, in midterm elections in November.

In the letter, the Republican Senators also predicted their party’s victory in the 2024 presidential election, saying that any deal that fell short of a Senate-ratified treaty would “likely be torn up in the early days of the next presidential administration”.

Last week, a Biden administration official said the US had restored a sanctions waiver to Tehran, which allowed Russian, Chinese and European companies to carry out non-proliferation work at Iranian nuclear sites and had been rescinded by the Trump administration in May 2020.

The official said the waiver was needed to allow for technical discussions that were key to the continuing talks.