wnw24
Home Politics Record number of children in U.S are hospitalized for COVID-19 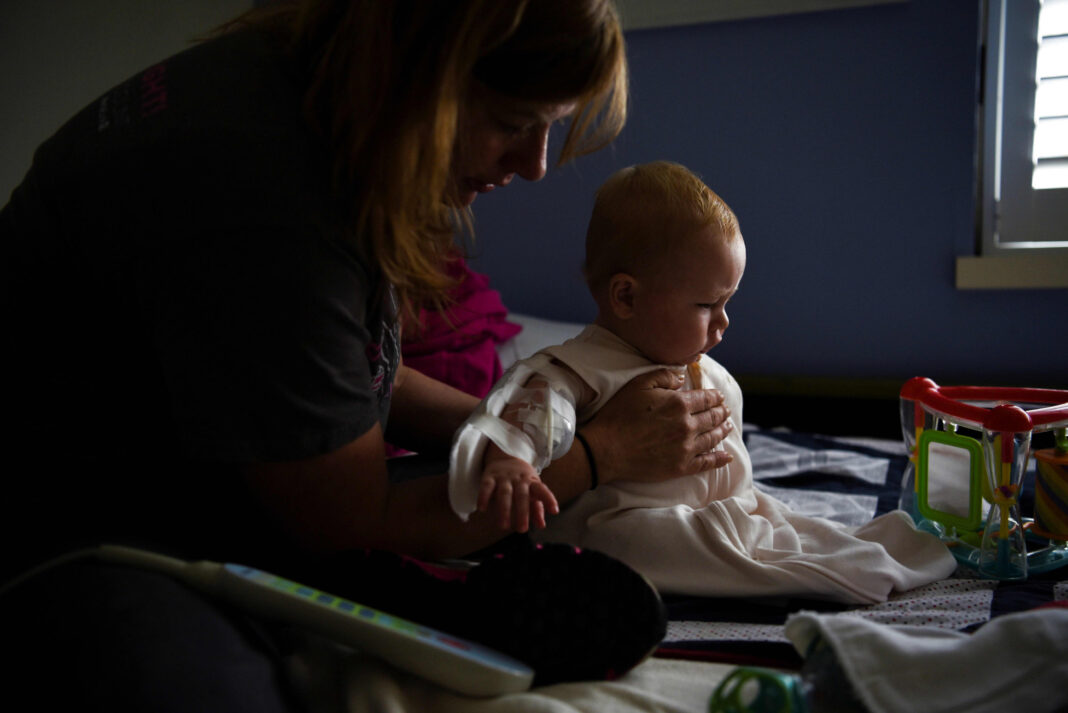 West News Wire: Children are being sent to hospitals in historic numbers as a result of the omicron fueled surge that is sending COVID-19 cases soaring in the United States, with specialists lamenting the fact that the majority of the children are unvaccinated.

Dr. Paul Offit, an infectious disease expert at Children’s Hospital of Philadelphia, said, “It’s just so awful.” “It was difficult enough last year, but now you know how to avoid all of this.”

According to the Centers for Disease Control and Prevention, an average of 378 children aged 17 and younger were admitted to hospitals with the coronavirus during the week of Dec. 22-28, a 66 percent rise from the week before.

Early in September, when child hospitalizations averaged 342 per 1,000 children, the pandemic’s previous high was reached. The CDS said.

On a more hopeful note, children continue to represent a small percentage of those being hospitalized with COVID-19: An average of nearly 10,200 people of all ages were admitted per day during the same week in December. And many doctors say the youngsters seem less sick than those who came in during the delta surge over the summer.

A study released Thursday by the CDC confirmed that serious side effects from the Pfizer vaccine in children ages 5 to 11 are rare. The findings were based on approximately 8 million doses dispensed to youngsters in that age group.

Dr. Albert Ko, professor of epidemiology and infectious diseases at the Yale School of Public Health, noted that the low vaccination rate is, in part, a matter of timing. Younger children were not approved for the vaccine until November, and many are only now coming up on their second dose.

Offit said none of the vaccine eligible children receiving care at his hospital about a week ago had been vaccinated, even though two-thirds had underlying conditions that put them at risk  either chronic lung disease or, more commonly, obesity. Only one was under the vaccination age of 5.

The scenes are heart-rending.

None of the parents or siblings was vaccinated either, he said.

The next four to six weeks are going to be rough, he said: “This is a virus that thrives in the winter.”

Aria Shapiro, 6, spent her 12th day Thursday at Phoenix Children’s Hospital. She tested positive for COVID-19 after getting her first dose of the vaccine Dec. 17.

Aria, who is considered “medically fragile” because she has epilepsy, suffered prolonged seizures in the hospital, and a breathing tube had to be put down her throat at one point, though she has since improved.

“We lived our life in for two years to prevent her from getting COVID, finally went for the vax, and the one thing that we didn’t want to happen happened,” said her mother, Sarah Shapiro. “It wasn’t enough time for her body to build antibodies. She did end up getting COVID.”

Overall, new COVID-19 cases in Americans of all ages have skyrocketed to the highest levels on record: an average of 300,000 per day, or 2 1/2 times the figure just two weeks ago. The highly contagious omicron accounted for 59% of new cases last week, according to the CDC.

Still, there are early indications that the variant causes milder illness than previous versions, and that the combination of the vaccine and the booster seems to protect people from its worst effects.

In California, 80 COVID-19 infected children were admitted to the hospital during the week of Dec. 20-26, compared with 50 in the last week of November, health officials said.

Seattle Children’s also reported a bump in the number of children admitted over the past week. And while they are less seriously ill than those hospitalized over the summer, Dr. John McGuire cautioned that it is early in the omicron wave, and the full effects will become apparent over the next several weeks.

“A fourfold increase makes everybody jump with concern, but it’s a small percentage,” Ko said of the New York City figures. “Children have a low risk of being hospitalized, but those who do are unvaccinated.”

“It makes a big difference in how these kids tolerate the disease, particularly if the child’s got some medical issues,” he said.

While many of these children will recover at home, others who are at much greater risk may come into contact with them, according to Dr. Jason Terk, a doctor in North Texas. He looked after a 10-year-old youngster who had COVID-19 and was doing well, but his father became ill and died, he said.

“The death of a parent is devastating, but the toxic stress for a young person in this situation is difficult to measure,” he said.