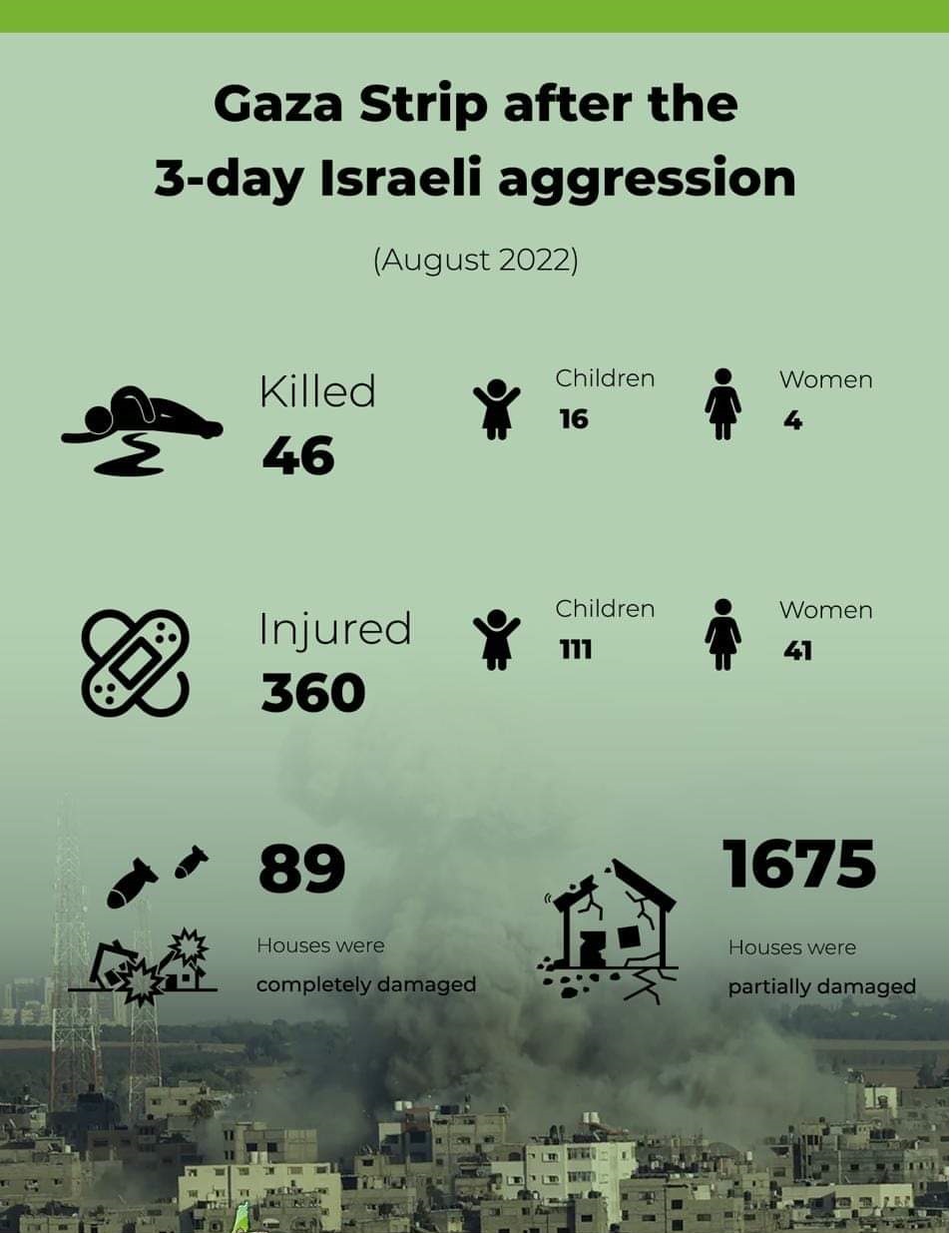 West News Wire: Yasser Awadallah went to his place of business, which is now nothing more than a pile of ruins, as life started to return to the streets of the Gaza Strip after the ceasefire between Israeli forces and Palestinians.

In the most recent Israeli attacks on Gaza, Israeli bombs decimated a three-story apartment building that housed an aluminum workshop owned by Awadallah.

According to 44-year-old Awadallah, “I was sitting in my studio as normal when suddenly the families residing in the building holding my workshop began shouting and running.”

“They claimed to have gotten a call from an Israeli officer ordering them to leave within ten minutes,” I said.

He recalled the challenging occasion when he had to leave his workshop without being able to carry any tools or apparatus with him.

The father of seven reminisced about his 20 years of employment at the workshop, claiming that it was his sole source of income.

“Under this debris is my shop. I was unable to take anything with me and lost everything.

Israeli military raided Gaza in what they referred to as “pre-emptive” actions after detaining a senior Palestinian Islamic Jihad official. Following that, from Friday to Sunday, there were at least 45 Palestinians killed in Gaza, including 16 children.

The three-day assault was the deadliest Israeli assault on Gaza since an 11-day conflict last year, which resulted in at least 260 people in Gaza and left 13 people dead in Israel.

Israeli soldiers destroyed significant areas of the besieged Palestinian enclave during that attack in 2021, and reconstruction efforts were still underway when the most recent attacks began on Friday.

The tiny coastal enclave, which is roughly 365 square kilometers (226 square miles) in size and roughly the same size as Cape Town, Detroit, or Lucknow, is home to nearly 2.3 million people.

The most recent Israeli missile attacks, which Awadallah survived, may have ended his life, according to him.

“Before my workshop was destroyed, I had a hard time meeting my children’s basic necessities because of the state of the economy. It is worse right now.

He spoke to news reporters about the many challenges he encountered when attempting to conduct business because of Israel’s siege of Gaza. The provision of raw materials for his workshop, especially aluminium, was regularly disrupted due to the repeated closure by Israeli forces of crossings into Gaza, and there was never enough power supply.

“Even doing your work normally in the Gaza Strip is difficult,” he said.

Palestinians in Gaza have been unable to lead normal lives as a result of Israel’s 15-year siege. Israel and Egypt have imposed a land and naval blockade on Gaza, severely restricting the flow of people and goods in and out due to security reasons.

There aren’t many options available to us in Gaza, Awadallah remarked. “Under the blockade, we were suffering and gradually perishing. What will happen with the ongoing wars and destructive Israeli military escalation, then?

I am totally jobless as of right now, he continued.

Despite appearing to be in despair, Awadallah expressed relief at the peace deal.

Shamlakh recalled how, on the morning of the bombing, she and her old husband who is unable to move were inside of their home when she heard screaming coming from the outside. They were being yelled at to leave by her sons, their wives, and kids.

They received a call from Israeli intelligence warning them to leave right away because they were about to be bombed.

“I left without shoes. To help my elderly spouse leave the house, my children and other family members arrived. My young grandchildren were yelling in fear.

“I can’t run because I’m an old woman. I was simply wondering how we came to be so dispersed.  As a result of the third attack, we are currently homeless and our homes are being destroyed in the same way.”

Shamlakh said her family are farmers. They do not have any military or political affiliations.

“Calm has returned after three days of the aggression,” said Shamlakh as she came to inspect the rubble of her home with her 12 children and grandchildren

“Unfortunately our home won’t come back. Everything is completely destroyed,” she said.

“I just wonder how long our lives will continue this way? We are tired of demands and pleas to the world. Nobody is paying attention to us.”

Naji Sarhan, the under-secretary at the Ministry of Public Works and Housing, told reporters that the latest attacks by Israeli forces have exacerbated the plight of those living in Gaza.

Approximately 2,200 housing units that were destroyed in previous attacks need to replaced, but there is “no funding available for their reconstruction so far”, he said.

Damage to other areas of Gaza’s economy from Israeli attacks, such as the industrial, commercial and agricultural sectors, also requires reconstruction, amounting to approximately $875m, Sarhan said.

To ensure this crucial reconstruction work, the international community must demand that the blockade on Gaza is lifted to allow all necessary assistance and services to enter and provide relief to the people, he said.

“Rapid interventions in the field of relief, shelter and reconstruction” is urgently needed, Sarhan said.

“All donors, institutions and associations must intensify their efforts.”