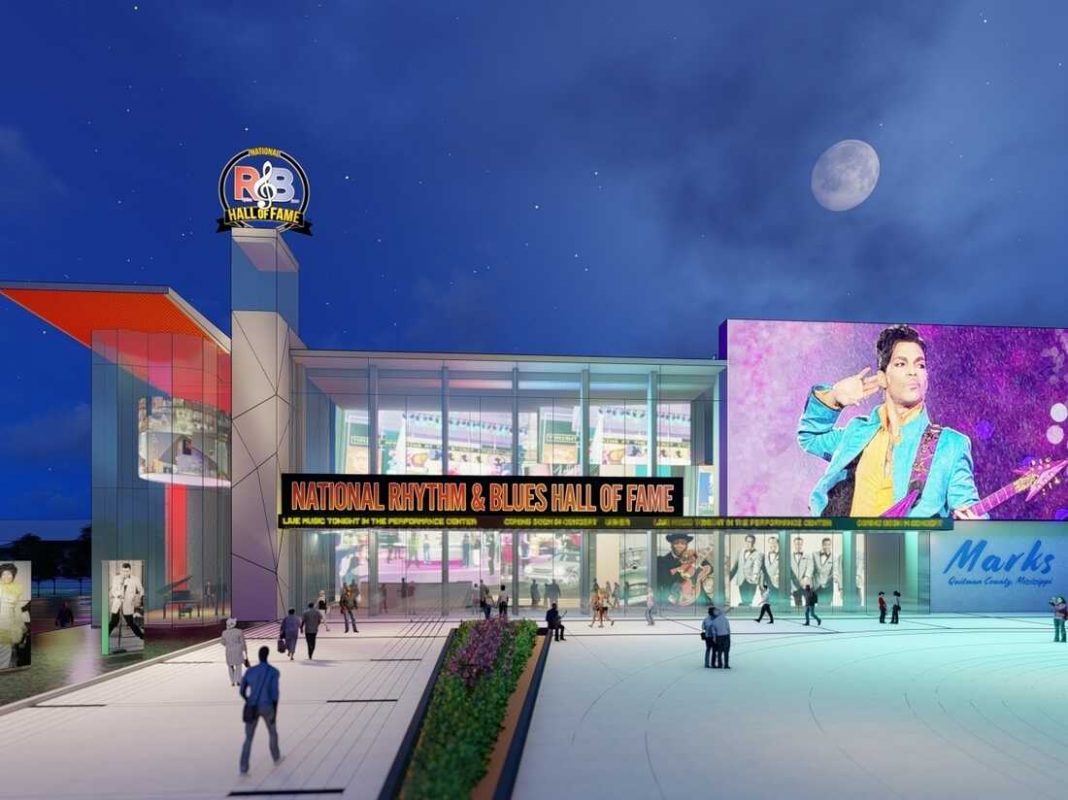 West News Wire: The National Rhythm and Blues Hall of Fame will soon be located in a small Mississippi Delta community with connections to the civil rights movement.

According to Velma Wilson, Quitman County’s director of economic tourism and development, project organizers hope to conclude construction on the facility in the town of Marks in two or three years. Less than 2,000 people call Marks, the county seat of Quitman County, home.

The endeavor, which has taken 50 years to complete, aims to create a hall of fame for R&B artists like James Brown, Aretha Franklin, and B.B. King.

“There is no other hall of fame in the world that is primarily focused and dedicated to the history of R&B music on a national scale,” LaMont Robinson, CEO of the NRBHF, said in a news release. “My vision to build a hall of fame to honor R&B and its contributions to civil rights, America, and the entire world is something that I don’t take lightly.”

Marks appealed to Robinson due to its civil rights history. Martin Luther King Jr. chose the town in 1968 as the starting point for his Poor People’s Campaign, which demanded economic justice for poor Americans of all backgrounds. On March 31, 1968, in what would be his final Sunday sermon before his assassination, King described the poverty-stricken families he encountered in Marks.

“I was in Marks, Mississippi, the other day, which is in Quitman County, the poorest county in the United States. And I tell you I saw hundreds of Black boys and Black girls walking the streets with no shoes to wear,” King said at the National Cathedral in Washington. “I saw their mothers and fathers … They raised a little money here and there; trying to get a little food to feed the children; trying to teach them a little something.”

The conditions in the cotton fields of Quitman County and other parts of the Mississippi Delta were the environment in which early civil rights activists and field workers produced music that’s now identified as blues, gospel and R&B, project planners said.

“It was this cultural and musical phenomenon that provided the basis for the prodigious economic success and profits of the U.S. music industry worldwide,” planners wrote in a document outlining the project.

As of 2020, Quitman County had one of the 20 lowest median income levels of all counties in the country, according to the U.S. Census Bureau.

“The Hall​ ​of Fame will be the catalyst to Delta tourism growth and opportunities, and a means to attract business and​ ​industry,” said Democratic U.S. Rep. Bennie Thompson, who represents Quitman County.

The city of Marks donated 5 acres (2 hectares) of land for the project.

According to an agreement reviewed by the AP, the Quitman County Economic Tourism and Development agency secured a $500,000 appropriation from the Mississippi Legislature for infrastructure related to the project. The agency also hopes to secure an $11 million federal grant through the U.S. Department of Transportation to beef up development around the hall of fame.

“While there is significant energy and excitement in the project, it is also daunting for the QTED staff and will require multiple partnerships to succeed,” the agency wrote in the agreement.