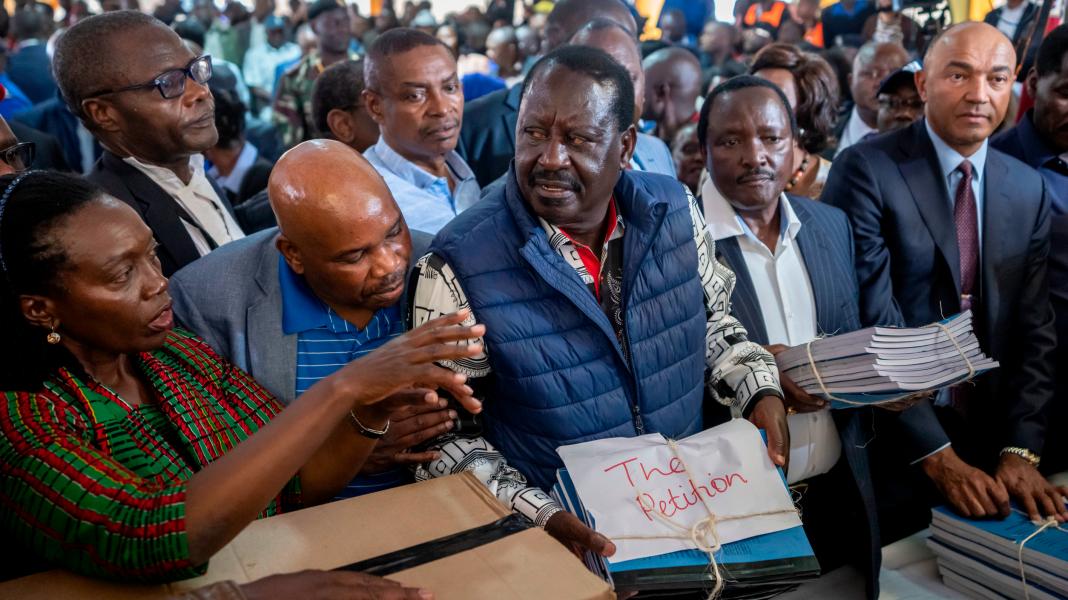 West News Wire: According to a lawyer for his Azimio La Umoja alliance, Kenyan presidential candidate Raila Odinga has submitted an electronic copy of his complaint against the outcome of this month’s election.

Attorney Daniel Maanzo said on Monday that “what we did this morning is file the internet copy” to Kenyan television network NTV Kenya. “After today, the other parties will have four days to respond.”

The actual filing will take place later that day in Nairobi, the country’s capital.

Deputy President William Ruto was pronounced the election’s victor last week by a narrow margin, according to Wafula Chebukati, chair of the electoral commission. Four of the seven election commissioners disagreed, claiming that the results tally had not been done in a fair and open manner.

This is Odinga’s fifth stab at the presidency; he blamed several previous losses on rigging. Those disputes triggered violence that claimed more than 1,200 lives in 2007 and over 100 lives 10 years later.

In 2017, the Supreme Court overturned the election result and ordered a rerun, which Odinga boycotted, saying he had no faith in the electoral commission.

This time, Odinga is backed by the political establishment. President Uhuru Kenyatta endorsed Odinga’s candidacy after falling out with Ruto after the last election.

The election in East Africa’s wealthiest and most stable nation is seen as a democratic barometer for the rest of the region.

The Supreme Court has 14 days from the date of the filing to hear the petition and give a verdict.