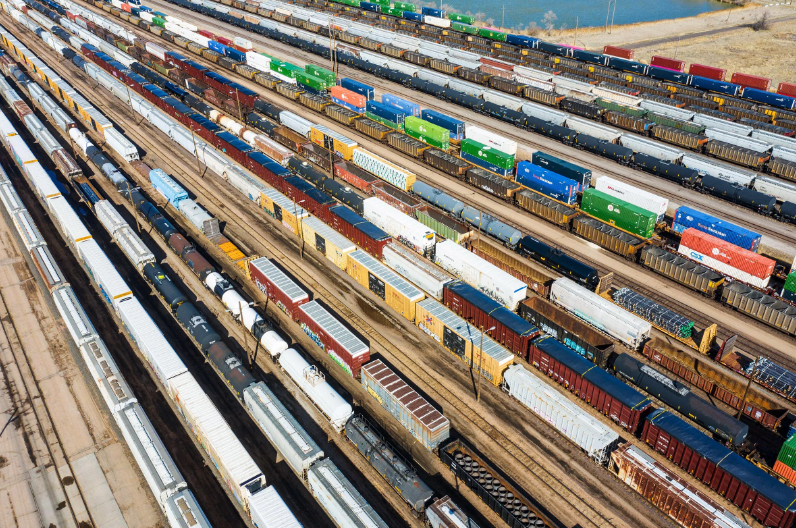 West News Wire: A tentative contract that the White House mediated last month in anticipation of a potential rail strike was rejected on Monday by the union that represents approximately 12,000 train workers.

The likelihood of a national strike is raised by this vote, which will drive the two parties back to the negotiation table. This fall, as the U.S. approaches the busiest Christmas season, a potential labor stoppage could shut down the nation’s supply chain and rail service.

Seven unions have still to vote on the pact, while four have ratified contracts based on the White House-mediated arrangement. Roughly 115,000 rail workers are represented by the eleven unions.

The two largest rail unions the Brotherhood of Locomotive Engineers Trainmen, or BLET, and the SMART Transportation Division, or SMART-TD, which make up roughly half of all rail workers are set to finish voting in the middle of next month.

The Brotherhood of Maintenance of Way Employes Division of the Teamsters, or BMWED, rejected the tentative contract due to frustration with compensation and working conditions, particularly a lack of paid sick days, BMWED President Tony Cardell said in a statement on Monday.

“Railroaders do not feel valued,” Cardell said. “They resent the fact that management holds no regard for their quality of life.”

The National Carriers’ Conference Committee, or NCCC, the group representing the freight railroad companies, said in a statement that there is no risk of immediate operational impacts due to this vote. But the NCCC expressed “disappointment” in the decision to reject the contract.

The tentative contract included a 24% compounded wage increase and $5,000 in lump sum payments, as well as “significant increases” to the reimbursements for travel and away-from-home expenses for the roughly 50% of BMWED members employed in traveling roles, the NCCC said.

American railway companies and unions reached a tentative labor agreement last month amid the threat of strikes. That agreement came after 20 consecutive hours of negotiations led by U.S. Secretary of Labor Marty Walsh at his office in Washington, D.C., Walsh said last month.

The agreement improved the time-off policies at the rail companies, which made up a key sticking point in the negotiations, BLET and SMART-TD said in a statement last month.

A potential strike could lead to $2 billion a day in lost economic output, according to the Association of American Railroads, which lobbies on behalf of railway companies.

Rail is critical to the entire goods side of the economy, including agriculture, manufacturing, retail and warehousing. Freight railroads are responsible for transporting 40% of the nation’s long-haul freight and a work stoppage could endanger those shipments.

“The artery of the U.S. economy is the rail system. It’s one of the ways we get everything around. One-third of everything gets around this way. And when you cut it, you have a stroke,” Diane Swonk, chief economist at global tax firm KPMG, told news reporters last month.