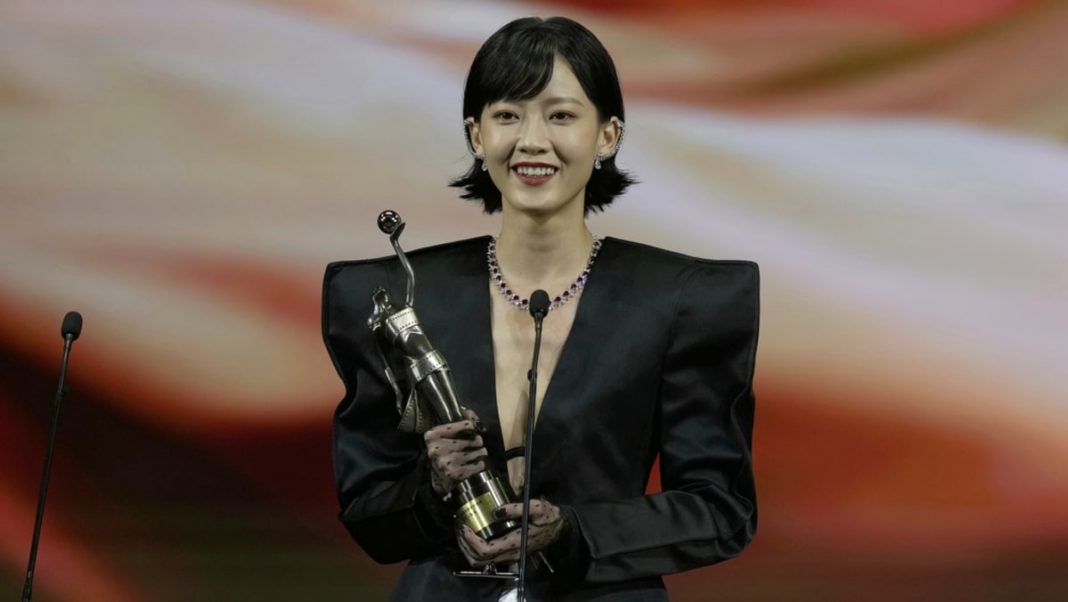 The biggest COVID-19 pandemic in the city caused three postponements, and the 40th Hong Kong Film Awards finally took place on Sunday. The awards ceremony was also held in person for the first time since 2019.

Donnie Yen, an action hero, plays an uncorruptible policeman in “Raging Fire. He eventually squares off against Nicholas Tse’s character, a former mentee who is out for vengeance after Yen’s character placed him in jail.

It serves as the final film directed by Benny Chan, who passed away from cancer in August 2020 while it was still in post-production.

The film that took home the most awards for the night was “Anita,” a biographical drama film about Mui.

“Anita,” which was the highest-grossing Hong Kong film in 2021, bagged a total of five awards for Best Costume and Design, Best Visual Effects as well as Best Sound Design.

“Honestly, it wasn’t a day (or) overnight that I could play the role Anita,” said Wong. “I’m grateful for the team’s support and encouragement.”

“They helped me gradually understand Anita and the role,” she said. “I’m very grateful that I could experience her life.”

Another big winner at Sunday’s awards was crime thriller film “Limbo” which is based on the novel Wisdom Tooth by Chinese author Lei Mi. The film follows two policemen in their efforts to hunt down a serial killer.