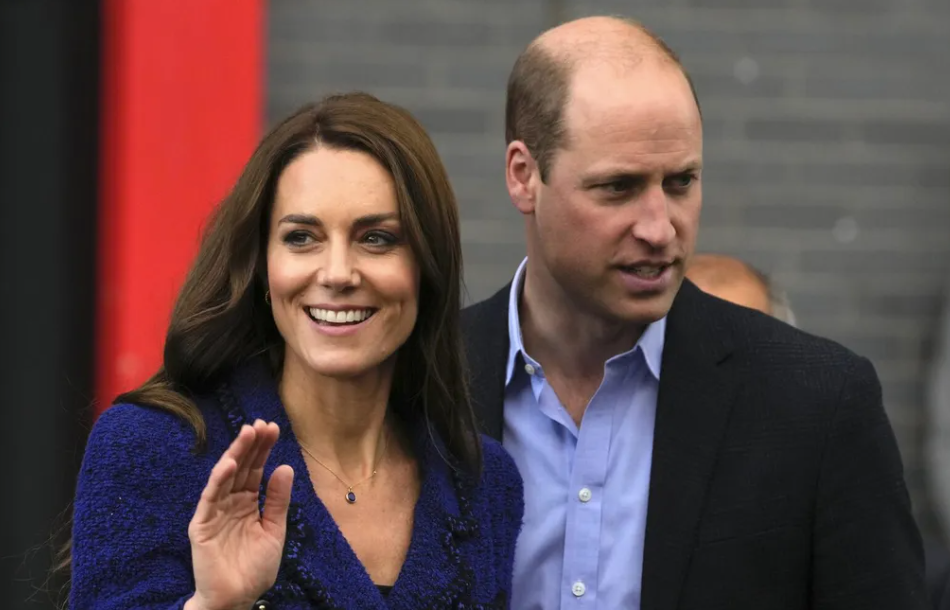 West News Wire: After activists argued that the palace needs to confront a larger problem that goes beyond one employee, additional charges of racism at Buckingham Palace threatened to overshadow Prince William’s trip to the United States.

During a reception at the palace for individuals fighting to end violence against women, a Black advocate for survivors of domestic abuse claimed a senior member of the royal staff questioned her about her ancestry, which sparked the incident. The topic was widely covered in the British media on Thursday, casting a shadow over the prince’s eagerly anticipated visit, which he had thought would highlight his environmental credentials and demonstrate the monarchy’s continued relevance in a multicultural society.

Shortly after the Prince and Princess of Wales arrived in Boston for a three-day visit, a royal spokesman said racism has “no place in our society” and noted that the household member involved had resigned and apologized “for the hurt caused.”

But Mandu Reid, who witnessed the exchange, said she feared the response was an attempt to blame one individual and avoid responsibility for the culture at the palace. She said the latest incident validated allegations made last year by Meghan, the Duchess of Sussex, who said a member of the royal family had asked about the color of her unborn baby’s skin when she was pregnant with her first child. Meghan, Prince Harry’s wife, is biracial.

“I want to see the royal household as a whole acknowledge that institutional racism is part of the culture, and I want to see them tackle that head on…,” Reid, leader of the Women’s Equality Party, told Sky News. “I think what’s needed is something bigger, something more substantive.”

The stakes were clear Thursday as Netflix released the first official trailer for “Harry & Meghan,” a behind-the-scenes docuseries that is certain to contain more criticism of the monarchy. Harry and Meghan stepped away from royal duties almost three years ago, citing the racist attitudes of the British media. Since relocating to Southern California, they have used a series of media interviews to air their concerns about the royal family.

The one-minute, 12-second teaser opens with tender scenes of the happy couple and ends with Meghan appearing to wipe away tears with both hands and Harry throwing his head back, seemingly in distress.

“No one sees what’s happening behind closed doors,” Harry says. “I had to do everything I could to protect my family.”

Concerns about racism at the palace flared after Tuesday’s reception at Buckingham Palace.

Ngozi Fulani, chief executive of Sistah Space, an east London refuge for women of African and Caribbean heritage, said she was stunned by her exchange with Lady Susan Hussey, 83, William’s godmother and a long-time lady-in-waiting to the late Queen Elizabeth II.

Fulani said the conversation began when Hussey reached out and moved her hair out of the way to read Fulani’s name tag.

“I don’t know who you are, but it is not OK to put your hand in my hair, whoever you are,” she told the BBC.

Hussey then asked her over and over about where she came from, Fulani said. When she said she was from east London, the older woman responded, “No, what part of Africa are you from?”

Fulani said that what she experienced was racism, regardless of Hussey’s age or how uncomfortable it may make other people feel to hear that term.

Hussey has expressed apologies for his “unacceptable and extremely regrettable words,” according to a statement from Buckingham Palace.

The visit occurs fewer than three months after Elizabeth’s passing, whose personal popularity throughout her 70-year reign muted criticism of the monarchy. William’s father, King Charles III, has made it plain that his monarchy will be more streamlined than previous ones, with less ceremony and grandeur.

William and Kate landed on Wednesday at Boston Logan International Airport, where they were welcomed by Charlie Baker, the governor of Massachusetts, and Karyn Polito, the lieutenant governor. Later, the pair went to see the Boston Celtics play basketball.

After touching down, William praised the locals for “their many honors given to the late queen,” noting that his grandmother “remembered with great love” her 1976 visit to Boston for the bicentennial.