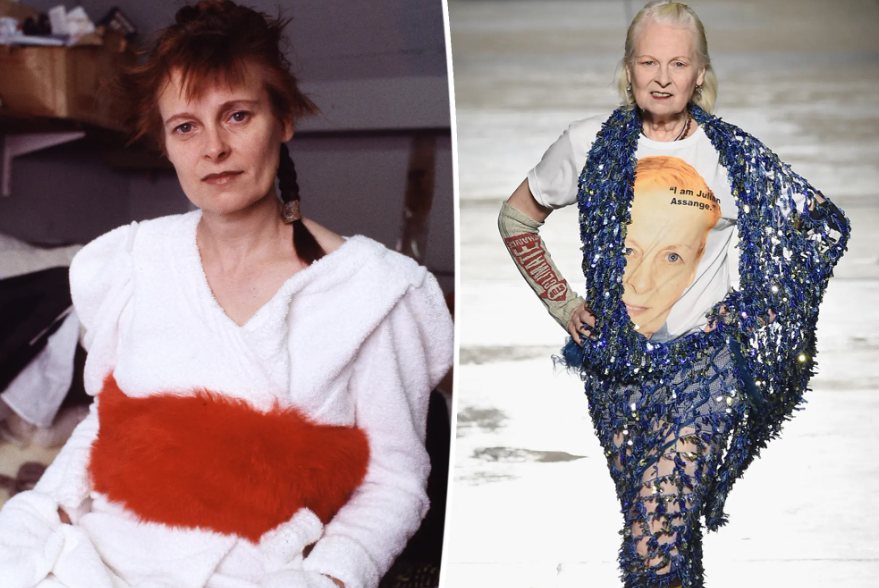 West News Wire: The outspoken campaigner who was also a radical, influential, and frequently contentious fashion designer, Vivienne Westwood, has passed away. She was 81.

Westwood’s fashion label, which carries her name, confirmed her passing on Friday. According to the firm, the British fashion legend passed away in South London “peacefully and accompanied by her family.”

The fashion company stated in a statement that Vivienne “continued to do the things she loved, up until the last moment,” including designing, creating art, writing a book, and improving the world.

She lived a remarkable life. Her contribution to invention over the past 60 years has been enormous and will endure.

Westwood launched her fashion career in the 1970s, amid the intersection of the birth of punk and the twilight of the “Swinging London” era. She was globally known for her extravagant fashion shows and for bringing the punk aesthetic into the mainstream.

“The ripped shirts, the safety pins, the provocative slogans,” Andrew Bolton, curator of The Costume Institute at the Metropolitan Museum of New York, said.

“She introduced postmodernism. It was so influential from the mid-70s. The punk movement has never dissipated it’s become part of our fashion vocabulary.”

Westwood, who remained a trend-setter up until her death at times transcending the fashion industry itself transformed punk into haute couture.

“She was always trying to reinvent fashion,” Bolton added. “Her work is provocative, it’s transgressive. It’s very much rooted in the English tradition of pastiche and irony and satire. She is very proud of her Englishness and still she sends it up.”

Westwood was born in the Derbyshire village of Glossop on April 8, 1941, the Associated Press reported. She moved to London with her family in 1957 where she studied at an art school for a single term. Westwood was largely self-taught and did not possess any form of fashion training.

In the 1960s, Westwood met Sex Pistols manager and one-time partner Malcolm McLaren. The pair “gave the punk movement a look, a style, and it was so radical it broke from anything in the past,” Bolton said.

They opened a tiny business in Chelsea in 1971. The shop, which at one time was named “SEX”, was fined in 1975 for “indecent exhibition” allegations.

Sex Pistols bassist Glen Matlock, who once worked at Westwood and McLaren’s Chelsea shop, described the late fashion designer as “a one off, driven, single minded, talented lady”, in a statement to the Associated Press.

During the punk movement, Westwood’s fashion line rose to prominence for its distinct shock value, which often incorporated nudity and provocative sexual themes. She endured her fair share of criticism for her pioneering styles. In particular, one of Westwood’s most notorious designs depicted a swastika and an upside-down caricature of a crucified Jesus Christ with the word “Destroy”.

Westwood later clarified in an autobiography written in collaboration with Ian Kelly that the clothing design was intended to be a political statement against the dangers of fascism. The iconoclastic designer specified that the design was in response to Chilean leader Augusto Pinochet’s brutal dictatorship.

Westwood told Time Magazine in 2009 that she did not regret the contentious piece.

Westwood is survived by her second husband, Austrian designer Andreas Kronthaler as well as her two sons, Ben Westwood, a fashion photographer, and Joe Corre, a businessman and activist.