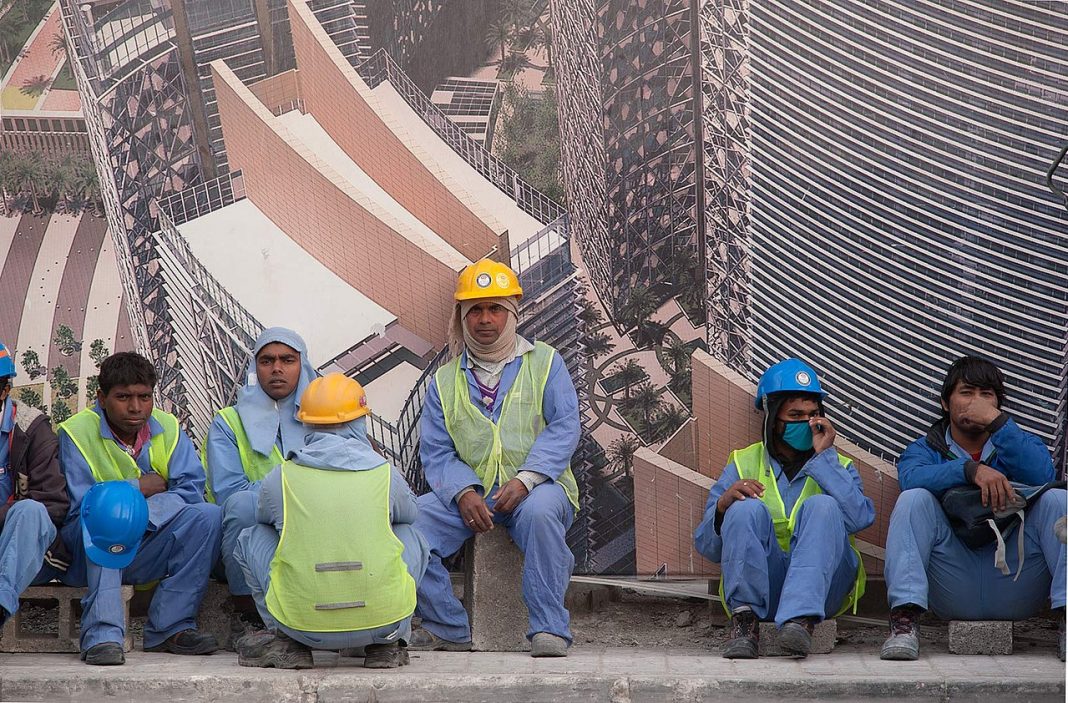 West News Wire: On Thursday, Qatar responded to accusations made by the human rights organization Equidem alleging mistreatment and exploitation of construction and preparation workers for the 2022 World Cup stadiums.

Workers claimed they had not received their money, had been made to labor in sweltering conditions, and had not been provided with food, according to investigators from the UK-based organization Equidem.

The rights organization, which spoke with 60 employees and produced a 95-page study, also claimed that the employees were banned from transferring jobs and were compelled to pay excessive and unlawful recruitment costs in order to obtain employment.

It was also said that they had endured physical abuse and being made to live in unsanitary circumstances.

However, Qatar’s Supreme Committee for Delivery and Legacy, which organises the Gulf State’s World Cup preparations, said that the report entitled “If we complain, we are fired” was “littered with inaccuracies and misrepresentations”.

In a statement, the Supreme Committee said it was “transparent about the challenges and progress, accepting constructive criticism, and maintaining dialogue with key stakeholders”.

However, it added that the report’s release shortly before the World Cup was an “egregious attempt to undermine and damage the Supreme Committee’s reputation.”

Equidem conceded in its report that Qatar had carried out labour reforms recently, limiting the much-criticised kafala (sponsorship) system and setting a minimum wage equivalent to 275 dollars per month.

However, its chairman Mustafa Qadri said that thousands of workers could be entitled to compensation over unpaid wages and illegal recruitment fears.

Qatar has been subjected to a great deal of criticism in the run-up to the 2022 Football World Cup. It is the first Arab or Muslim nation to host the tournament.

Qatari authorities say that most of the negative coverage is motivated by racism, with many of the claims made against the Gulf state being sensationalised or untrue.