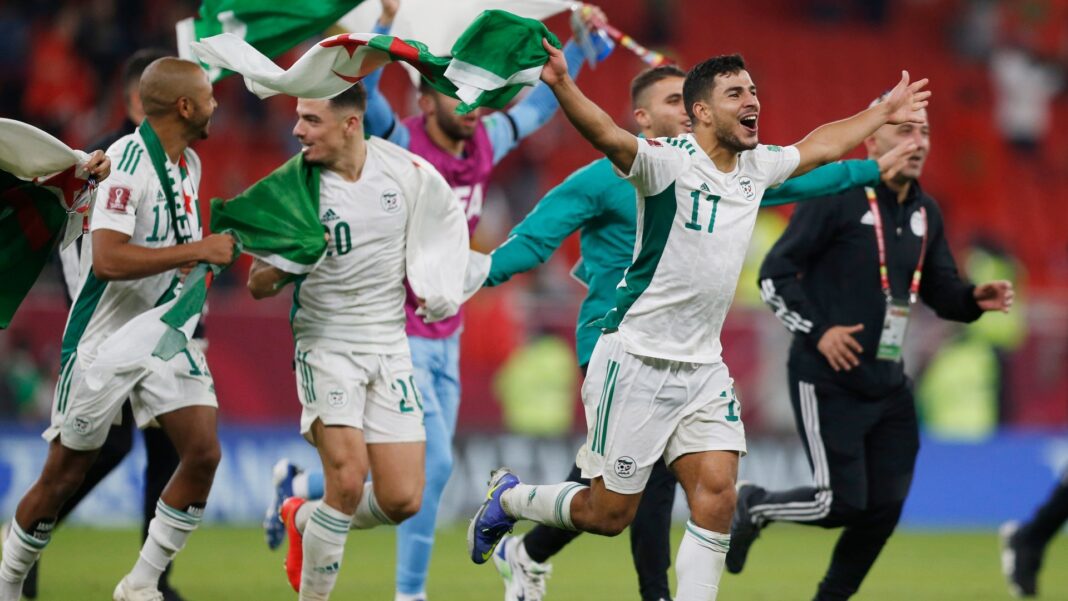 West News Wire: Qatar has advanced to the 2021 FIFA Arab Cup podium after defeating Egypt on penalties in the tournament’s third-place match.

The 2021 FIFA Arab Cup is the ongoing 10th edition of the Arab world’s national team football tournament, it is the first edition under FIFA’s jurisdiction. It is taking place between 30 November and 18 December in Qatar, as a prelude to the 2022 FIFA World Cup which will also be held in Qatar.

The tense encounter on Saturday appeared to be headed in any direction, as both sides gained near-equal control of the ball, with Egypt claiming a little advantage in the last minutes.

However, the game at Doha’s Stadium 974 proceeded to extra time as Egypt’s multiple attempts on goal were blocked by Qatar’s legendary goalie Meshaal Barsham.

In the extra 30 minutes, no goals were scored. Qatar won the tense penalty shootout 5-4, with Barsham once again the hero.

Tunisia will play for the title against Algeria later on Saturday, and they will be looking for an upset.

Both teams had scored in the final minutes of stoppage time of their respective semi-final fixtures to clinch a spot in Saturday’s highly anticipated final at Al Bayt Stadium.