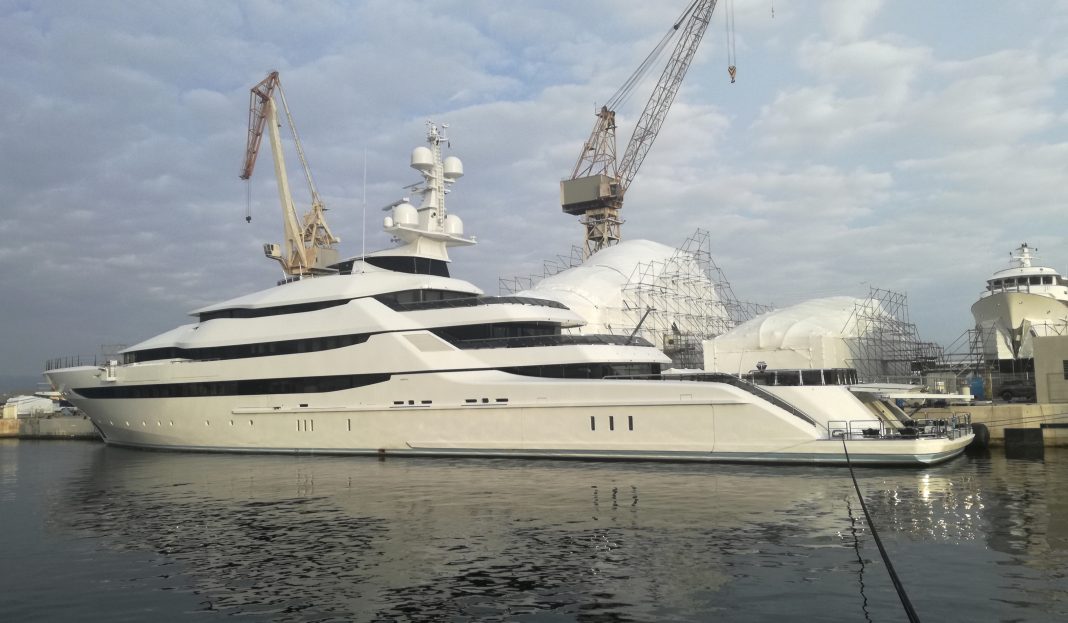 West News Wire: European nations are taking action against Russian oligarchs in an attempt to convince Russian President Vladimir Putin to end his war in Ukraine by seizing superyachts and other high-value assets from billionaires on sanctions lists.

Italy has confiscated 143 million euros ($156 million) in luxury ships and residences in some of the country’s most beautiful locations, including Sardinia, the Ligurian coast, and Lake Como, since Friday.

“We have to be able to stop Putin’s offensive by bringing him to the table, and he will not go with pleasantries,” Italian Foreign Minister Luigi Di Maio said on Italian state television on Friday, revealing Italy’s plans to begin seizing property from oligarchs linked to Putin.

Italian financial police moved quickly seizing the superyacht “Lena” belonging to Gennady Timchenko, an oligarch close to Putin, in the port of San Remo; the 65-meter (215-foot) “Lady M” owned by Alexei Mordashov in nearby Imperia, estimated to be worth 65 million euros; as well as villas in Tuscany and Como.

The villa of Russian-Uzbek business magnate Alisher Usmanov was seized along the tony Emerald Coast in northern Sardinia, long the playground of the world’s wealthiest, the Italian news agency LaPresse reported.

German officials this week denied reports that it had seized Usmanov’s yacht in the port of Hamburg. According to the British government, he also owns Beechwood House in Highgate, worth an estimated 48 million pounds, and the 16th-century Sutton Place estate in Surrey.

“Vladimir Putin keeps all his money with the oligarchs,” said William Browder, a U.S.-born and London-based financier and human rights activist who was once a major investor in Russia but ran afoul of the government in the late 2000s.

“And this is a very effective psychological warfare, to start seizing yachts. I think it’s demoralizing for the oligarchs, and it’s demoralizing for Vladimir Putin. And he’s a guy who rules by image, you know, is the person who has pictures of himself with the shirt off on a horse. And so it’s a bad image to have one of his best friend’s yacht seized in the south of France,’’ Browder said.

Germany’s Economy Ministry said it was in the process of “swiftly and effectively implementing the Russia sanctions” but declined to say publicly which assets had been seized, if any.

So far, French authorities have seized a yacht linked to Igor Sechin, a Putin ally who runs the Russian oil giant Rosneft, in the Mediterranean resort of La Ciotat, where it arrived in January for repairs. French officials said Thursday that the crew was preparing for urgent departure when they arrived, even through the repairs were still underway.

Britain, long a haven of oligarch wealth is under pressure to do more. Putin confidant Roman Abramovich, who owns the top-flight football club Chelsea, said this week he would put the club up for sale. He has not been sanctioned, but opposition politicians and members of Prime Minister Boris Johnson’s party have asked why not.

The UK has frozen the assets of the individuals on its own list and is making changes to the law to make it easier to go after those on the lists of allies after criticism that it has been too slow to act. Still, it will take a long time to unravel, as many assets are in shell companies.