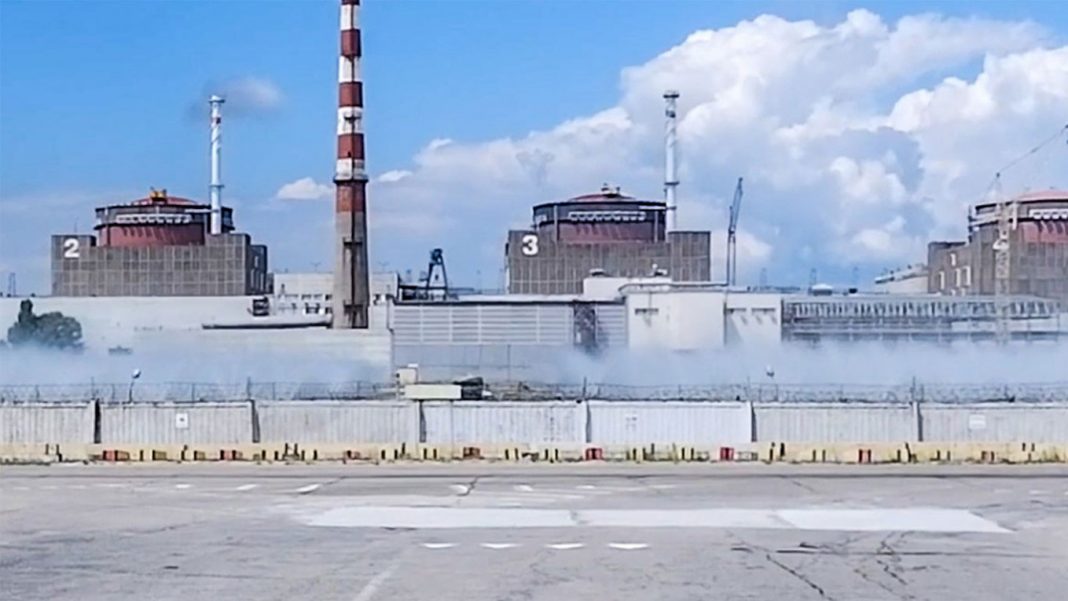 West News Wire: Vladimir Putin, the president of Russia, has permitted a team of impartial inspectors to travel via Ukraine to the Zaporizhzhia nuclear power facility that is under the control of Moscow.

Putin “reconsidered the demand,” according to the office of French President Emmanuel Macron, that the International Atomic Energy Agency (IAEA) travel through Russia to the location after the Russian president himself warned that combat there could result in a “catastrophe.”

Putin reneged on his insistence that the IAEA delegation visit the site via Russia, saying it could do so via Ukraine, according to the report.

In the meantime, Antonio Guterres, the head of the United Nations, pleaded with Moscow’s troops occupying the Zaporizhzhia plant in south Ukraine not to cut the facility off from the grid and potentially cut off supplies to millions of Ukrainians.

A flare-up in fighting around the Zaporizhzhia plant with both sides blaming each other for attacks has raised the spectre of a disaster worse than in Chernobyl.

The Kremlin said in a statement earlier that Putin and Macron agreed officials from the UN’s nuclear watchdog should carry out inspections “as soon as possible” to “assess the real situation on the ground”.

Putin also “stressed that the systematic shelling by the Ukrainian military of the territory of the Zaporizhzhia nuclear power plant creates the danger of a large-scale catastrophe”, the Kremlin added.

Hours after talking with Putin, Macron accused the Russian leader of launching a “brutal attack” on Ukraine in an imperialist violation of international law.

Macron, who tried unsuccessfully to prevent the invasion and long vaunted the importance of dialogue with Putin, has grown increasingly critical of the Russian president as the war goes on.

“Since Vladimir Putin launched his brutal attack on Ukraine, war has returned to European soil, a few hours away from us,” Macron said in a speech commemorating the 78th anniversary of the Allied landing in Nazi-occupied southern France during World War II.

Macron said Putin is seeking to impose his “imperialist will” on Europe, conjuring “phantoms of the spirit of revenge” in a “flagrant violation of the integrity of states”.

Warnings of nuclear disaster came just a day after Turkish leader Recep Tayyip Erdogan and Guterres, meeting in the east Ukrainian city of Lviv, sounded the alarm over the intensified fighting, and Ukrainian President Volodymyr Zelenskyy urged the UN to secure the site.

The Turkish leader said: “We are worried. We do not want another Chernobyl”, referring to the 1986 nuclear disaster, while Guterres cautioned any damage to the plant would be akin to “suicide”.