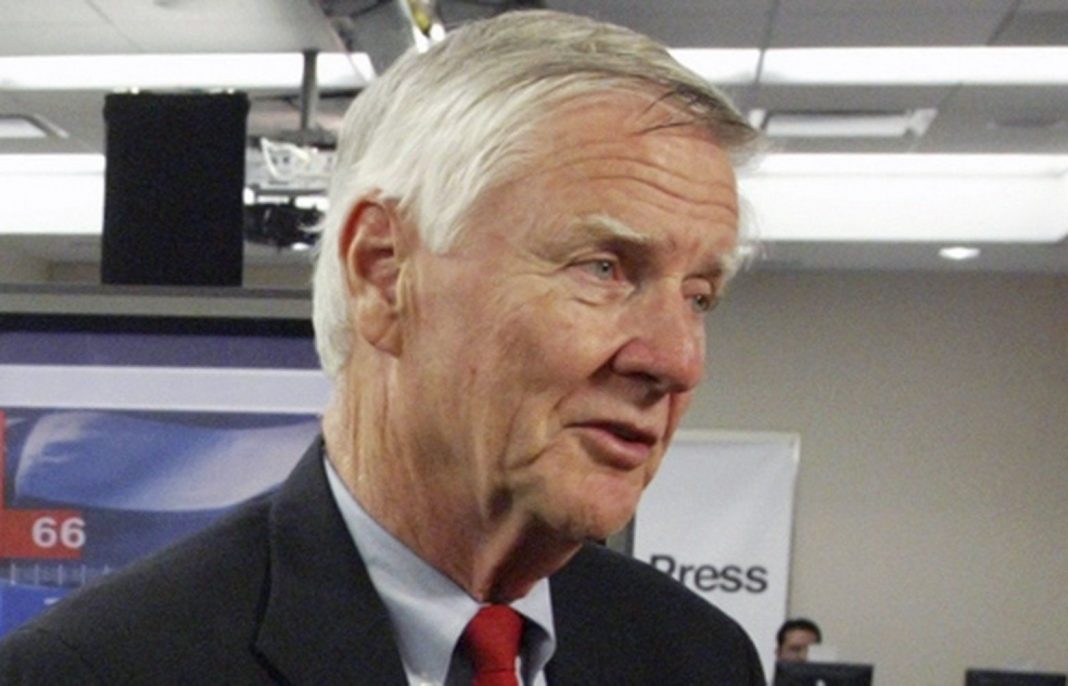 West News Wire: Walter R. Mears, who chronicled the news about presidential elections for The Associated Press for 45 years and won a Pulitzer Prize for it, has died. He was 87 years old when he died.

Mears once admitted, “I could produce a story as fast as I could type” and he was a fast typist. He rose through the ranks of the Associated Press, serving as Washington bureau chief, executive editor, and vice president, but he always returned to the keyboard and to covering politics.

Susan Mears of Boulder, Colorado, and Stephanie Mears of Austin, Texas, who were with him, said Mears died Thursday at his residence in Chapel Hill, North Carolina, eight days after being diagnosed with numerous forms of cancer.

They said he was visited on his last night by a minister, with whom he discussed Alf Landon, the losing Republican presidential candidate in 1936, a year after his birth.

Mears’ ability to find the essence of a story while it was still going on and to get it to the wire and to newspapers and broadcasters around the world became legend among peers. In 1972, Timothy Crouse featured Mears in “The Boys on the Bus,” a book chronicling the efforts and antics of reporters covering that year’s presidential campaign.

Crouse recounted how, immediately after a political debate, a reporter from The Boston Globe called out to the man from AP: “Walter, what’s our lead? What’s the lead, Walter?” The question became a catchphrase among political reporters to describe the search for the most newsworthy aspect of an event the lead. “Made me moderately famous,” Mears cracked in 2005.

It was a natural question. Mears had to bang out stories about campaign debates while they were still underway. Newspaper editors would see his lead on the wire before their own reporters filed their stories. So it was defensive for others on the press bus to wonder what Mears was leading with, and to ask him.

Early in his Washington career, he was assigned to write updates on the 1962 congressional elections. His bureau chief asked a senior colleague to size up how Mears worked under pressure and report back. “Mears writes faster than most people think,” the evaluator wrote, then, tongue in cheek, “and sometimes faster than he thinks.”

“Walter’s impact at the AP, and in the journalism industry as a whole, is hard to overstate,” said Julie Pace, AP executive editor and senior vice president. “He was a champion for a free and fair press, a dogged reporter, an elegant chronicler of history and an inspiration to countless journalists, including myself.”

Kathleen Carroll, a former AP executive editor, said he taught generations of journalists “how to watch and listen and ask and explain.”

“Walter was also a wonderful human being,” she said. “He loved his family being a grandfather was one of the great joys of his life. He loved golf and the Red Sox, in that order. He loved politics and he loved the AP.”

Mears didn’t seem to mind being known as a pacesetter. “I came away with a slogan not of my making, but one that stuck for the rest of my career,” he recalled in his 2003 memoir, “Deadlines Past.” Over four decades, Mears covered 11 presidential campaigns, from Kennedy-Nixon in 1960 to Bush-Gore in 2000, as well as the political conventions, the campaigns, debates, the elections and, finally, the pomp and promise of the inaugurations.