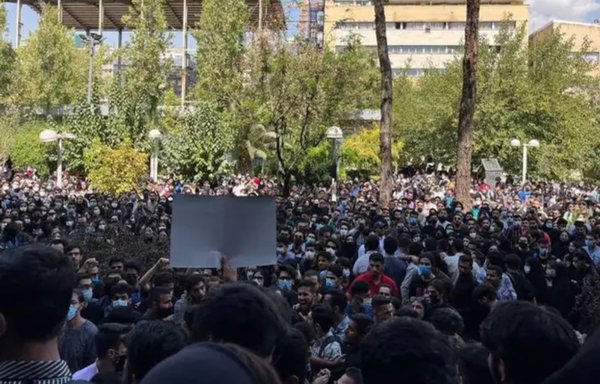 West News Wire: The death of a young woman, who passed away in a hospital a few days after collapsing at a police station in the Iranian capital Tehran where she and a group of others were receiving instruction on dress code regulations, has sparked protests in a number of Iranian cities.

Tehran, Saqqez, Mahsa Amini’s hometown, as well as a number of other cities, reported protests.

The demonstrators sought details on what led up to the death of the 22-year-old lady.

Violence at certain protests has resulted in assaults on police and property.

On Monday, Brigadier General Hossein Rahimi of the Tehran Police denied “coward claims” that Amini had been brutally attacked while in detention.

The police chief said, “The situation was unpleasant for us and we desire to never witness similar incidents.”

Rahimi said “false accusations” had been made against the Iranian police and that Amini was not harmed physically during and after she was taken into custody.

He added the police had “done everything” to keep her alive.

The video rejected claims that she was beaten up, denying any physical contact against her.

Dr. Massoud Shirvani, a neurosurgeon, told local television channel on Tuesday that the deceased woman had a brain tumor removed at the age of 8.

“Mahsa Amini was treated with drugs after the surgery under the supervision of an endocrinologist,” the physician said.

Read More
Prior to far-right rally in Sweden, riots erupt