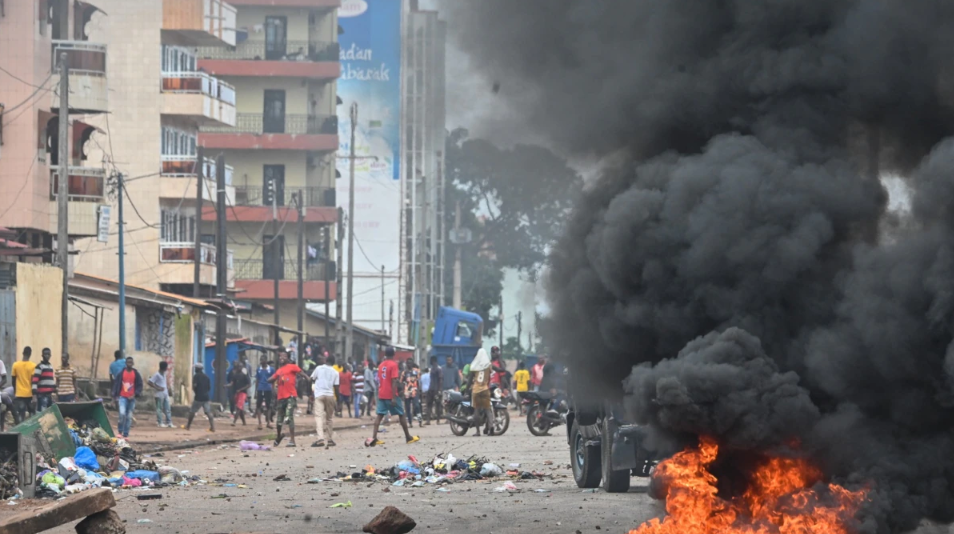 West News Wire: The city of Guinea has come to a standstill due to protests against the military government’s handling of efforts to return to democracy; organizers claim one person was killed.

According to the National Front for the Defence of the Constitution (FNDC), numerous people were hurt during the protests on Thursday, and one person lost their life after being shot in the Conakry district of Hamdallaye.

The protests last week were organized by the FNDC, a significant political grouping, to protest the military’s “unilateral administration” of the transition back to civilian authority after it had seized power in 2021. The National Alliance for Change and Democracy, a collection of parties and organizations, and the former government Rally for the Guinean People also urged their followers to participate.

Authorities had previously banned the rally, and have not confirmed the death.

The public prosecutor on Thursday ordered immediate legal action against the organisers.

The FNDC has accused the military leaders of “systematically refusing” to establish a “credible dialogue” to define the terms of the transition.

Colonel Mamady Doumbouya was sworn in as interim president last October after leading the coup against President Alpha Conde, whose attempt to extend his hold on power for a third term sparked widespread anger. Doumbouya said his administration’s mission was to “refound the state” by drafting a new constitution, fighting corruption, reforming the electoral system and then organising “free, credible and transparent” elections.

On Thursday, ECOWAS regional bloc chair Umaro Sissoco Embalo said he had recently convinced the military to hasten the return to democracy.

“I was in Conakry with the president of the commission [of ECOWAS] to make the military junta understand the decision of the summit of heads of state that the transition cannot exceed 24 months”, Embalo said, speaking alongside French President Emmanuel Macron at a briefing in Bissau.

“They had proposed 36 months, but we succeeded in convincing them,” he added.

But Ousmane Gaoual Diallo, a Guinean minister and spokesperson for the transitional administration, told the AFP news agency that “neither the government nor the presidency confirm this information about the duration of the transition in Guinea”.

Clashes broke out on Thursday morning between young demonstrators and the police in several areas seen as opposition strongholds in the capital, an AFP reporter said.

Most parts of the city centre remained calm, but activity nonetheless ground to a halt.