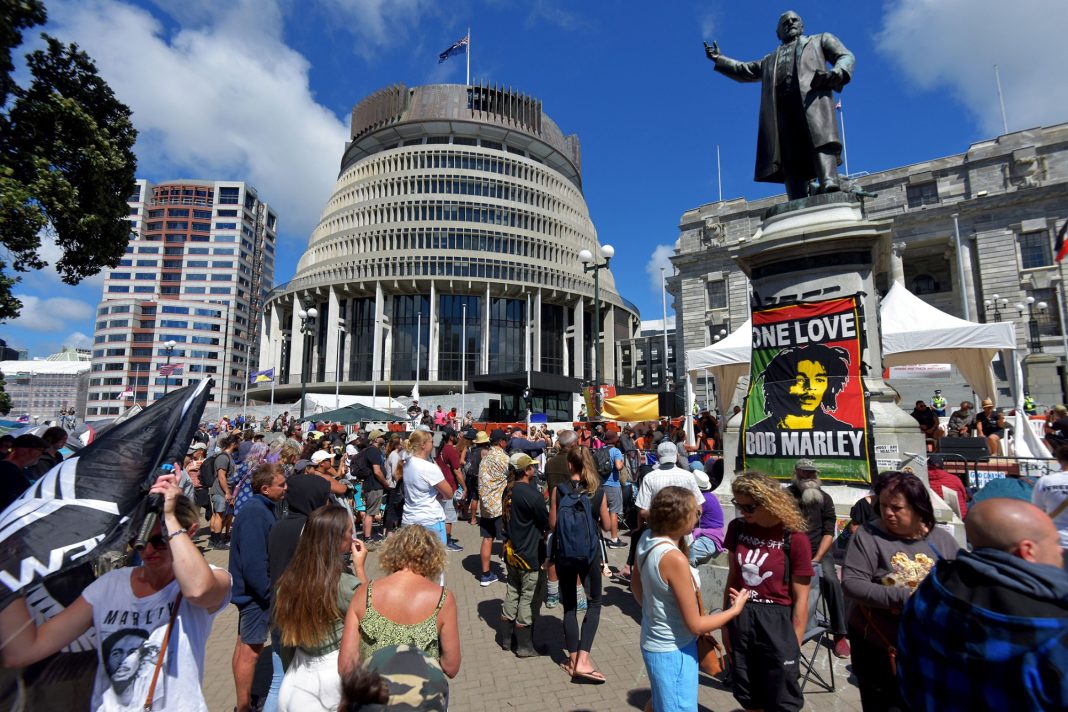 West News Wire: In order to protest the government’s response to the Covid-19 outbreak, demonstrators gathered near New Zealand’s parliament, bringing a large police response and a throng of counter-demonstrators.

The Associated Press reported that on Tuesday, around 2,000 people gathered at Wellington’s parliament building. It also noted that law enforcement had made preparations in the area to prevent any major unrest, including closing roads, erecting barricades, and prohibiting demonstrators from bringing structures onto the grounds.

Online videos have gone viral purporting to show the protest march making its way to parliament as well as the assembled audience, with many people holding banners, posters, and flags of New Zealand.

Prime Minister Jacinda Ardern said she had no plans to engage with her critics, but urged protesters to remain “peaceful and lawful.”

While a similar protest around six months ago led to an extended occupation of the parliament grounds, many of the demonstrators who spoke to AP said they had no intention to stay and were merely there to voice discontent with the government’s handling of the pandemic. Though the action earlier this year was explicitly centered on Covid mandates in place at the time, Tuesday’s protest appeared more motivated by lingering anger over the ordeal, as many of the restrictions have since been lifted with a few exceptions.

A counter-protest reportedly numbering in the hundreds also took to the parliament to face down the other demonstrators, with one participant telling AP “I’ve got nothing but respect for the mandates, for the vaccinations, for the way the health providers have handled the whole thing.”

According to police, there were no immediate reports of violence or serious unrest at Tuesday’s demonstration, in stark contrast to previous protests earlier this year which resulted in street clashes with police, vandalism and arson.