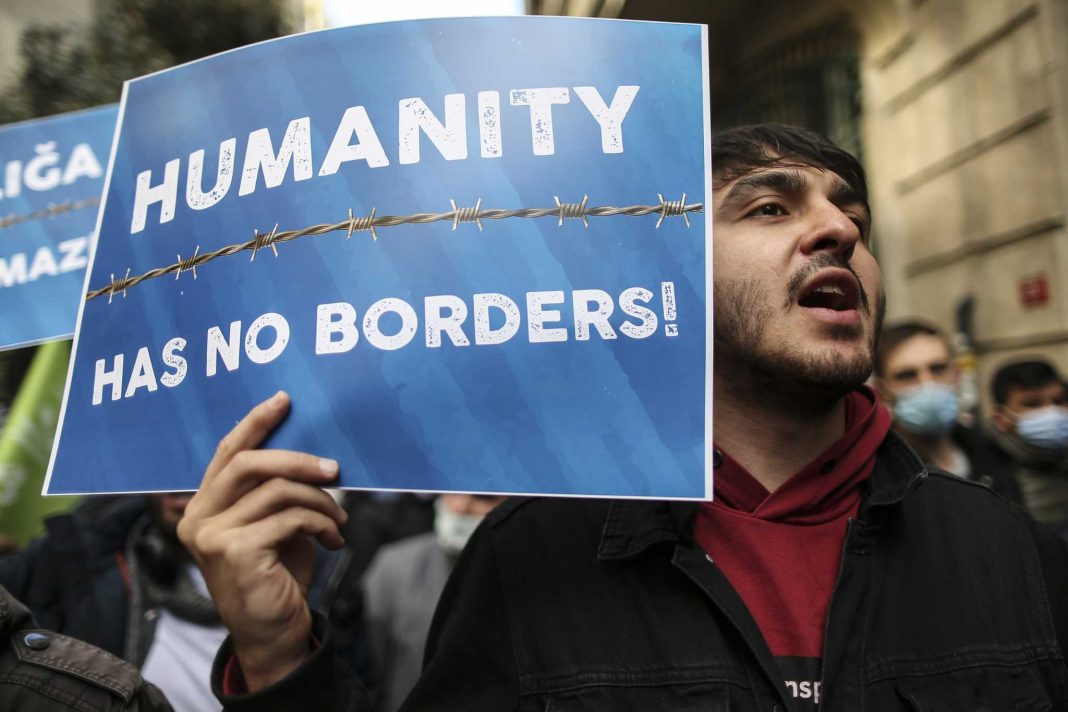 West News Wire: Hundreds of protesters marched to the Greek consulate in Istanbul on Saturday to protest the deaths of 19 migrants along the Turkish-Greek border.

They froze to death earlier this week, according to Turkish police, after being illegally thrown back across the border by Greek guards. Athens has categorically denied the charge.

Around 300 protestors marched to the consulate on one of Istanbul’s main shopping streets behind a banner saying “Close borders to bigotry, open to humanity,” which was organized by Turkish humanitarian groups.

As humanitarian workers addressed the throng, dozens of riot cops stood by.

“People were stripped of their clothes and their belongings were taken. They were left to die and the whole world remains silent about this,” said Fehmi Bülent Yıldırım, chairman of IHH, a humanitarian aid group.

He called on the European Parliament to “take action on this issue as soon as possible and stop this cruel attitude that commits these crimes against humanity”.

Turkey has frequently alleged that Greece carries out pushbacks of migrants seeking to cross the northwestern land border or reach Greece’s Aegean islands on inflatable dinghies.

In an interview with broadcaster AHaber on Friday, Vice President Fuat Oktay accused Greece of “murder,” adding that “all EU countries, unfortunately, are responsible for the deaths of 19 people”.

Turkish President Recep Tayyip Erdoğan has pledged to raise the alleged ill-treatment of migrants by Greece during his meetings with world leaders.