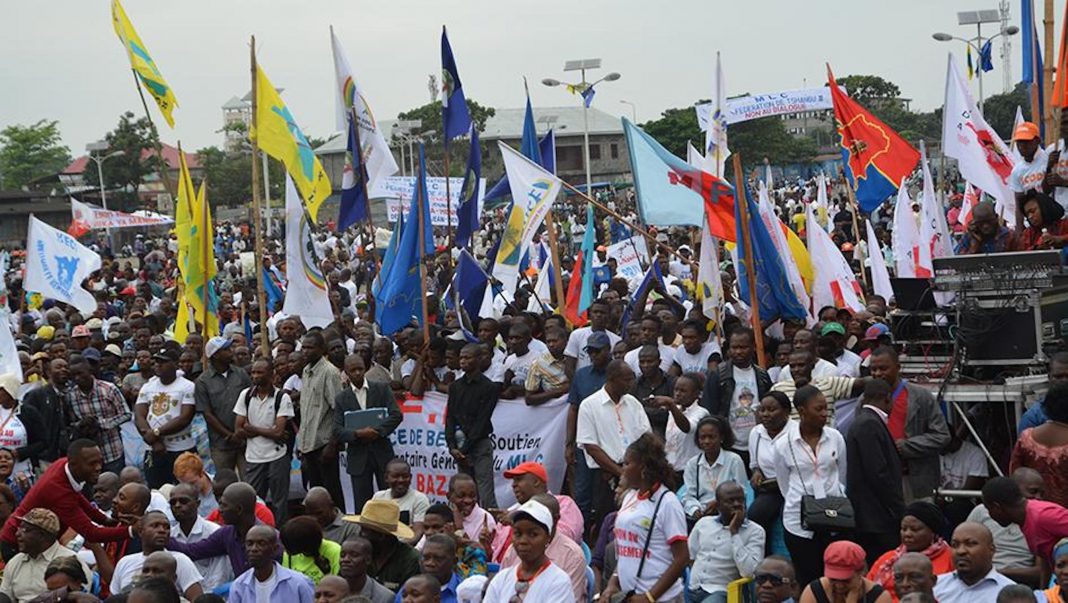 West News Wire: In the eastern city of Goma of the Democratic Republic of the Congo, protesters have set fire to UN mission buildings and forced entry, calling for the peacekeeping soldiers to leave the nation amid an increase in regional insecurity.

On Monday, hundreds of protesters shut down traffic and yelled anti-UN chants before bursting into the UN peacekeeping mission’s headquarters in Goma, a significant North Kivu commercial hub.

An AFP journalist saw the protestors shatter windows and steal computers, furniture, and other goods from the headquarters while UN police forces shot tear gas to try to drive them away.

Some UN representatives were rescued from the occupied offices by helicopters.

Protesters also stormed a UN logistical base on the outskirts of the city, where a student was shot in the leg.

The UN peacekeeping mission in the DRC, known as MONUSCO, has come under regular local criticism for its perceived inability to stop fighting in the conflict-torn east.

More than 120 armed groups roam the volatile region, where civilian massacres are common and conflict has displaced millions of people.

Ahead of Monday’s protest, the Goma youth branch of the ruling UDPS party released a statement demanding MONUSCO “withdraw from Congolese soil without conditions because it has already proved its incapacity to provide us with protection”.

Khassim Diagne, the deputy special representative of the UN secretary-general to MONUSCO, stated after the protest that “the incidents in Goma are not only unacceptable but totally counterproductive,” adding that the peacekeepers were in the region to protect civilians.

He also told AFP that the people who had entered the base were “looters”. “We condemn them in the strongest terms,” he said.

The protest comes after the president of the DRC Senate, Modeste Bahati, told supporters in Goma on July 15 that MONUSCO should “pack its bags”.

On Monday, protesters interviewed by AFP appeared to agree with the sentiment.

“They said they don’t have the strength to fight the M23, now what are they still doing here?” said Shadrac Kambale, a motorbike-taxi driver, referring to a recently resurgent militia.

The rebels have since made significant advances in eastern Congo, including capturing the North Kivu town of Bunagana on the Ugandan border.

Sankara Bin, another protester, told AFP: “We don’t want to see MONUSCO walking in the streets of Goma, we don’t even want to see their planes flying over.”

The UN first deployed an observer mission to eastern Congo in 1999. It became the peacekeeping mission MONUSCO the United Nations Organization Stabilization Mission in the Democratic Republic of the Congo in 2010, with a mandate to conduct offensive operations.

It has a current strength of about 16,300 uniformed personnel and there have been 230 fatalities among them, according to the UN.