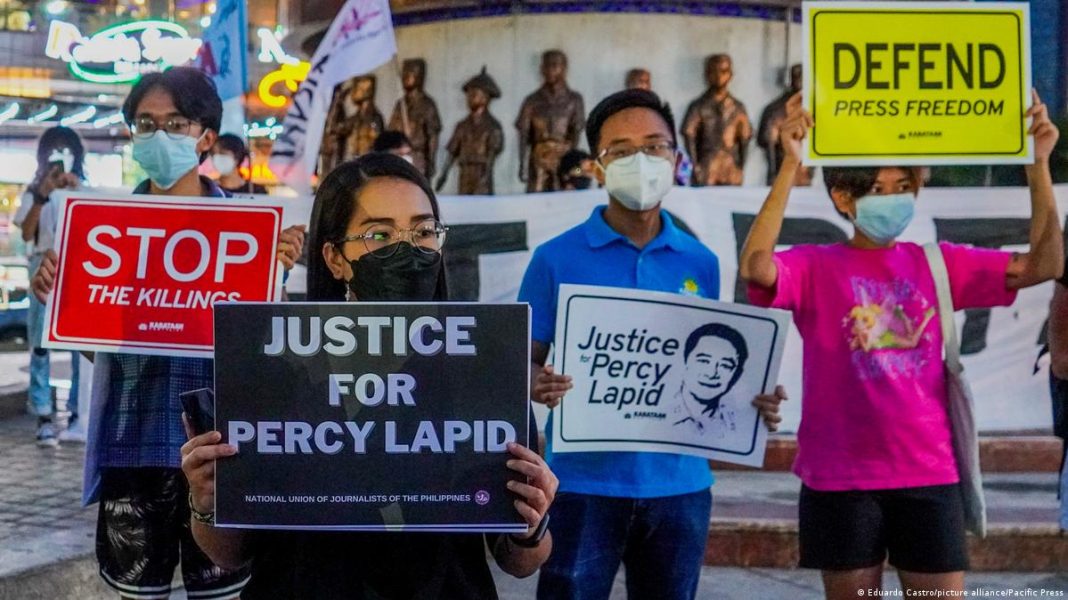 West News Wire: Police in the Philippines have accused many people, including the head of the nation’s prison system, of ordering the murder of well-known radio broadcaster Percival Mabasa, also known as Percy Lapid.

Charges were brought on Monday against suspects in the October 3 deadly shooting, including Bureau of Corrections chief Gerald Bantag, who has been placed on administrative leave, prison security official Ricardo Zulueta, and others.

The 63-year-old was murdered by two motorcycle-riding assailants outside the entrance of a housing complex in the Las Pinas neighborhood in suburban Manila. For alleged corruption and other irregularities, Lapid has harshly criticized Bantag and other authorities.

A joint statement read at a news conference by top justice, interior and police officials said three gang leaders locked up in the country’s largest prison under Bantag’s control were tapped to look for a gunman to kill Lapid for a 550,000-peso ($9,400) contract.

After the killing, however, the gunman, who was identified by police as Joel Escorial, surrendered in fear after government officials announced a reward for his capture. He then publicly identified an inmate, Jun Villamor, who he said was assigned by detained gang leaders to call him and arrange Lapid’s killing.

The gang leaders later killed Villamor inside the prison by suffocating him with a plastic bag allegedly on the orders of Bantag and Zulueta, officials said.

Eugene Javier, a National Bureau of Investigation agent who read out the statement said: “Bantag had a clear motive to effect the murders. For Percy Lapid, it was the continued exposé by the latter of the issues against the former on his show, Lapid Fire.”

Bantag has denied any involvement in the killings. He and Zulueta have also been charged for the killing of Villamor. No warrants have been issued yet for their arrests, officials said.

Jonathan De Santos, chairman of the National Union of Journalists of the Philippines, welcomed the “good development” in the case, but warned there was a long way to go.

“As we have seen it takes a decade or more to secure a conviction,” De Santos told the AFP news agency.

Along with Bantag, Lapid had also harshly criticized former President Rodrigo Duterte, who spearheaded a campaign against illegal narcotics that resulted in the deaths of thousands of people. In June, Duterte completed a rocky six-year administration.

Bantag was charged in 2016 for an altercation that left 10 detainees dead while he was the warden of another detention facility, yet Duterte nevertheless chose Bantag to lead the Bureau of Corrections in 2019. Later, a judge exonerated him.

According to the journalists’ organization, since dictator Ferdinand Marcos was toppled in the Philippines in 1986, there have been close to 200 journalist deaths there. The group organized a demonstration on Tuesday night and demanded that the government do more to put an end to the deaths.