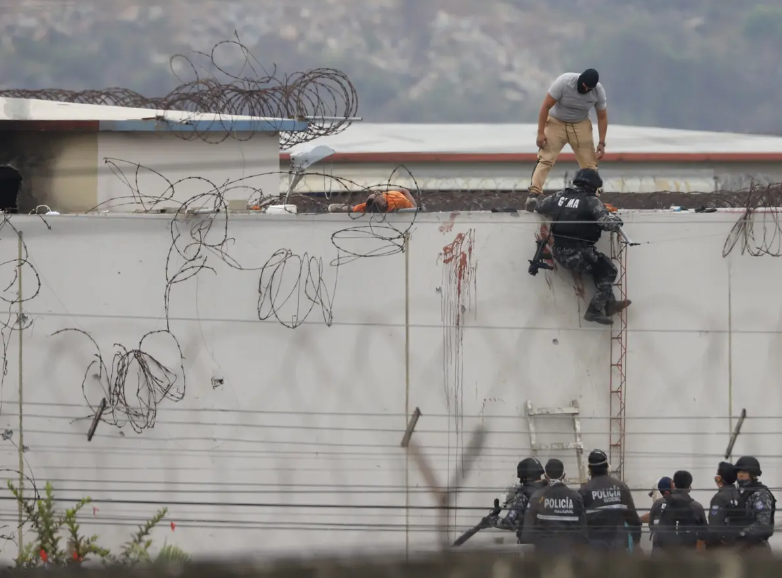 West News Wire: In the most recent riot to slam Ecuador’s dysfunctional jail system, at least 15 convicts were killed and numerous others were injured.

“15 individuals were killed and 20 were injured” in Monday’s rioting at the Cotopaxi No. 1 jail in Latacunga, according to a SNAI representative, the organization in charge of running Ecuador’s prison system.

Since February 2021, more than 400 prisoners have died in prison fighting, which conservative President Guillermo Lasso’s administration has blamed on gang conflict over area control and drug trafficking routes.

Officials stated that authorities are seeking to identify the remains, and Oswaldo Coronel, the governor of the province of Cotopaxi, which encompasses Latacunga, assured reporters that security had been restored.

14 of the injured, according to Coronel, had been transferred to a hospital.

In July, 12 prisoners were killed at a prison in Santa Domingo, just two months after violence at the same institution killed 43 in May.

The Inter-American Commission on Human Rights has said Ecuador has no comprehensive policy for its prison system, and inmates endure crowded and dangerous conditions.

Families believe the number of those who have died in prison unrest is far higher and have been calling for the system’s reform. Together they have established the Committee of Families for Justice in Prisons to demand that the state be held accountable for decades of negligence.

There are about 33,500 people in Ecuador’s prisons, which are 11.3 percent beyond maximum capacity, according to official figures.