wnw24
Home Sport Principles v money: From tennis to F1, this is the real contest... 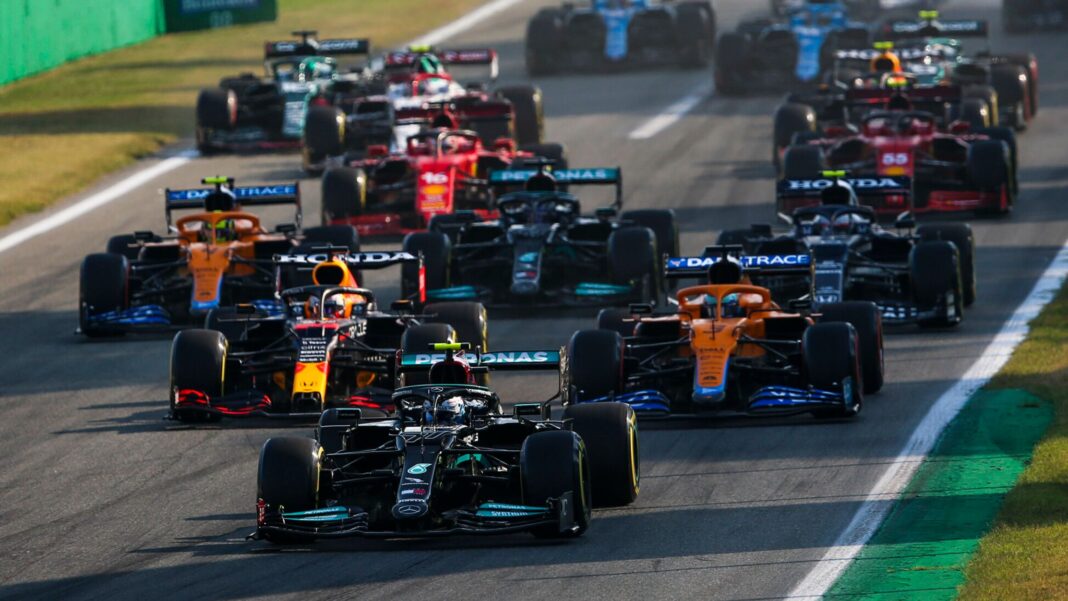 West News Wire: You can’t put a price on principles, but there have always been plenty of people willing to try. In the 1980s, when the sporting boycott of apartheid South Africa was holding relatively firm, the casino operators of Sun City would try to lure global sports stars to play one-off exhibition matches that broke the ban. John McEnroe, then at the height of his rebellious powers, turned down one such pay cheque, aged 24, with the memorable observation that “I’ve got better ways of earning a million bucks.” In the context of the money commanded by today’s stars, the bribe offered to McEnroe may sound trivial; it’s worth remembering that in 1983 the single million-dollar evening’s work would have been 10 times what he banked for winning that year’s Wimbledon.

There were, of course, plenty of players willing to take the cash – McEnroe’s rivals, Jimmy Connors and Ivan Lendl, went for $400,000 and $300,000 respectively. Arthur Ashe, the black American tennis legend and anti-apartheid campaigner, used to try to dissuade anyone offered what he called Sun City’s “guilt premium”. One group were always the hardest to convince, Ashe recalled: “Golfers have their heads in the sand, all of ’em. They’re all 5ft 11, blond, rightwing republicans. They don’t give a damn.”

When, as in the past couple of weeks, there has been talk of sporting boycotts on political grounds, it is the example of the South Africa ban that is most relevant, not least because of those life-changing incentives that were rejected. The apparently disturbing treatment of the tennis player Peng Shuai since her allegations of sexual abuse against a leading Communist party official has personalised the horrific human rights abuses of the Chinese government, just as the world’s broadcasters prepare to kowtow to Beijing’s hosting of the 2022 Winter Olympics in February.

In the context of the general reluctance to sanction the biggest market on Earth, the Women’s Tennis Association’s determined stance to boycott tournaments in China until the safety of Peng Shuai is properly established is a rare example of an organisation willing to put its money where its mouth is. (The WTA’s protest will cost it many millions of yuan in sponsorship). It also makes the International Olympic Committee, which appeared all too willing to take President Xi Jinping at his word over staged interviews with Peng Shuai, look predictably craven.

Such is the poisonous love triangle between global sport and global money and repressive governments that comparable ethical conflicts are now routinely built into the sporting calendar. One of the questions facing all athletes and competitors is: which battles are worth fighting? Lewis Hamilton has been among the most vocal of current sporting heroes in promoting Black Lives Matter. Today, in Saudi Arabia, he will race for the F1 world championship wearing a rainbow coloured helmet in support of LGBTQ+ rights in a country where same-sex relationships can carry the death penalty. That loud and proud commitment is admirable, but it has also been notable that Hamilton, one of the world’s elite influencers, has so far had nothing to say about his Mercedes team’s new sponsor, Kingspan, the industrial insulation manufacturer that has been implicated in the ongoing Grenfell Tower fire inquiry.

Hamilton has in the past Instagrammed his support for the Grenfell survivors, many of whom now feel understandably betrayed by his team’s lucrative association with Kingspan. No doubt, if he does come to address the issue, Hamilton will suggest that he has little control over which names Mercedes opts to plaster over his car (and, if he started down that route, he might add, he would certainly have cause to examine the history of Petronas, his team’s principle sponsor.) What his silence on Kingspan does do, however, is invite critics to shout hypocrite.

Michael Gove was not slow in making that charge against Hamilton’s team, demanding that Mercedes reconsider its deal. It is, again, telling which culture wars the politicians choose to wage. While Gove may have found the time to make insinuations about the double standards of perhaps the most high-profile black sportsman in this country, he had nothing at all to say when faced, for example, with the news that the murderous Saudi royal family were buying up Newcastle United FC (no doubt sensing, in silence, an easy win for his “levelling-up” plans).

Such is the ubiquity of sport, such is the attraction of “sportwashing” to toxic regimes and dubious corporations, that no armchair fan is quite immune to these kinds of ethical dilemmas. How many season tickets have been returned to Newcastle’s St James’ Park in the name of the murdered Saudi journalist Jamal Khashoggi? Or, on a lesser scale, how many Christmas stockings will contain replica shirts that make every fan a walking advert for offshore betting companies?

Every sports fan has principles until an oligarch throws money at their team. It is usually at that point that they voice the argument that sport should not be the single blunt instrument with which to hold rogue states or corporations to account. Or, rather, that it represents a priceless source of soft power, “quiet diplomacy” in Lord Coe’s slightly sinister phrase about Peng Shuai’s predicament. There is merit in those arguments but it is worth holding in mind, too, that these were the same formulations used by those who went to apartheid South Africa – the golfers and the tennis players and the rebel cricket tourists – just as they were pocketing their “guilt premium”.

In an age of gesture politics, one thing the past couple of weeks has emphasised is that, at the very least, ethics do not always need to dissolve in the face of financial penalty. Sport has come to enjoy the grand political gesture almost as much as the sponsors’ millions. Taking the knee is one laudable thing but taking a hit in your own or your organisation’s pay packet to protest about something you believe in will always carry a more powerful weight. Sometimes, as the WTA has tried to assert, as John McEnroe and Arthur Ashe once asserted, genuine symbolic power lies in simply insisting: our principles are not for sale.