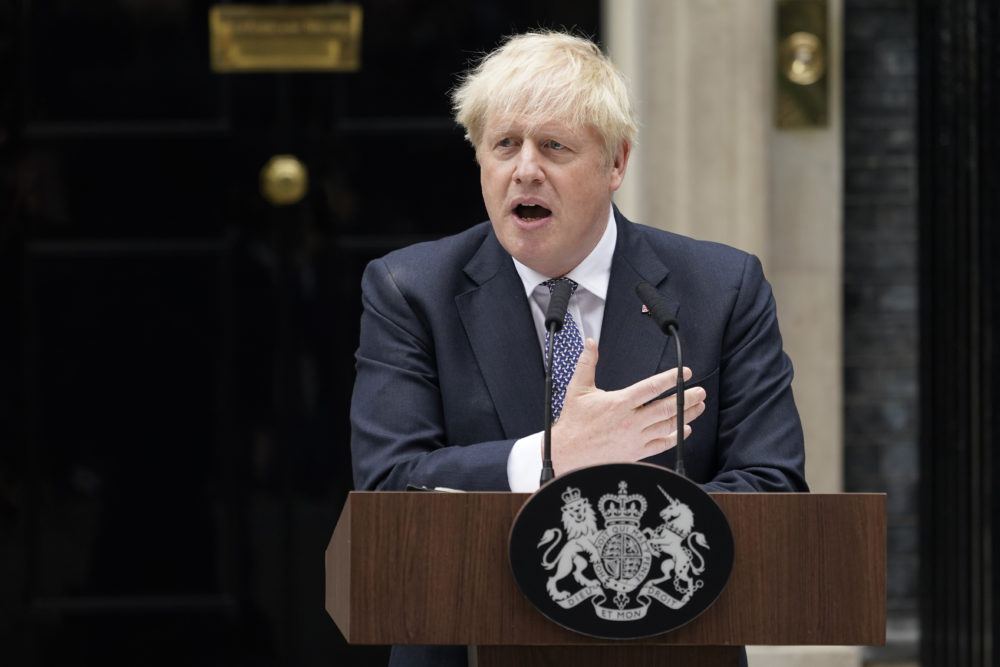 Due to a string of scandals, the leader was dealing with a growing rebellion within his own party.

Johnson announced that he will announce his departure date the following week and that he has appointed a new Cabinet while he serves as UK prime minister until a replacement is chosen.

The prime minister expressed regret for not being able to persuade the party to support him and praised the strength of “herd instinct.”

He resolutely asserted to lawmakers that he had received a “colossal mandate” from voters and intended to carry out the duties of his office.

Russian political figures have lined up to celebrate the downfall of Johnson, casting the British leader as a “stupid clown” who had got his just reward for arming Ukraine against Russia.

“He doesn’t like us, we don’t like him either,” Kremlin spokesman Dmitry Peskov said shortly before Johnson announced his resignation.

Russian tycoon Oleg Deripaska said on Telegram that it was an “inglorious end” for a “stupid clown” whose conscience would be blighted by “tens of thousands of lives in this senseless conflict in Ukraine”.

Johnson has said the government would not seek to implement new policies or make major changes of direction while his Conservative Party elects a new leader, according to his office.

Johnson told a meeting of his cabinet ministers the government would only focus on delivering the agenda on which it was elected.

“He said major fiscal decisions should be left for the next prime minister,” his office said following a cabinet meeting.