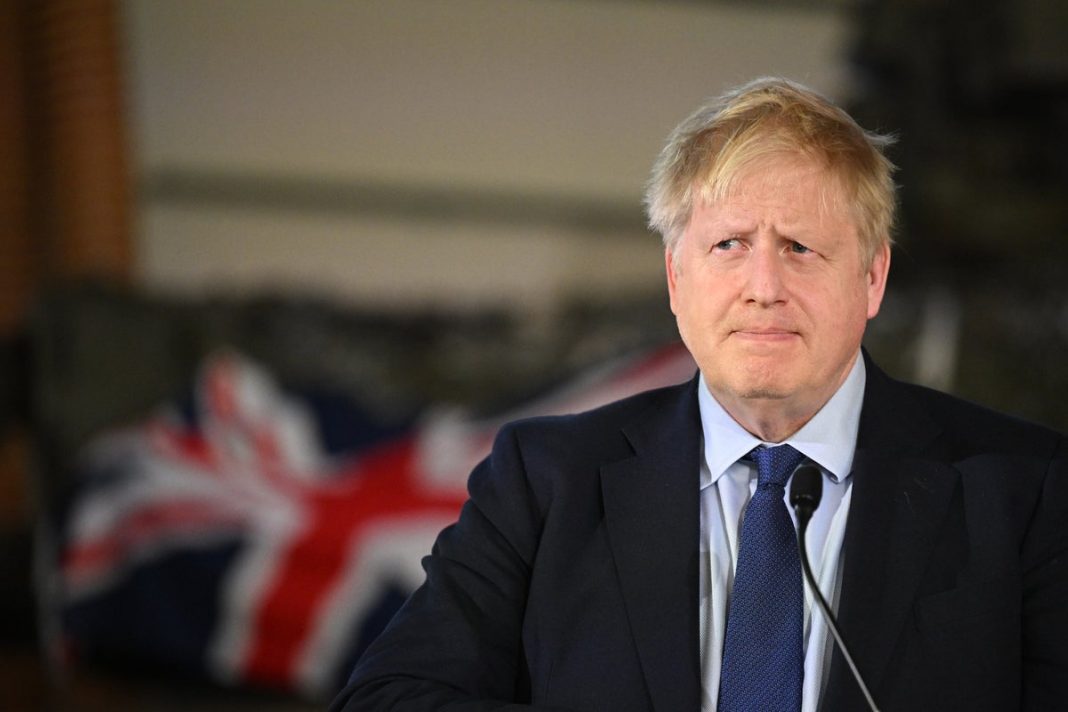 West News Wire: Boris Johnson, the British Prime Minister, is scheduled to visit Saudi Arabia to meet with the country’s crown prince to discuss oil supplies, stressing that the West must break its reliance on Russian energy.

According to a Foreign Office official, Johnson would use the trip to encourage Saudi Arabia to denounce Russia’s invasion of Ukraine.

Johnson stated ahead of the trip that Western leaders made a “bad mistake” in allowing Russian President Vladimir Putin to “get away” with annexing Crimea from Ukraine in 2014. In the Daily Telegraph, he claimed that the West’s “addiction” to Russian energy supplies had empowered Putin’s invasion of Ukraine last month.

“We cannot go on like this. The world cannot be subject to this continuous blackmail,” Johnson wrote. “As long as the West is economically dependent on Putin, he will do all he can to exploit that dependence.”

Officials have not confirmed details about the visit to Saudi Arabia but Johnson will reportedly meet with Crown Prince Mohammed bin Salman this week in hopes the Gulf state can increase its production of fuel.

The visit has met with an outcry of protest from U.K. lawmakers and rights groups, since it comes just days after Saudi Arabia said it executed 81 people in the largest known mass execution in the kingdom’s modern history.

Defending his trip, Johnson told reporters in London that “if we are going to stand up to Putin’s bullying,” it will be necessary to talk to other energy producers.

His spokesman told reporters that Johnson will raise the issue of the executions reported in Saudi Arabia during his visit.

“We routinely raise human rights issues with other countries, including with Saudi Arabia, and we’ll raise Saturday’s executions with the government in Riyadh,” the spokesman said.

Johnson’s government announced last week that the U.K. will phase out the import of Russian oil and oil products by the end of the year. But the U.K. is much less reliant on Russia fuel than its European allies, taking about 3% of gas from Russia, Johnson said.

Saudi Arabia and the United Arab Emirates are top OPEC oil producers and have the spare capacity to pump more oil, but have given no indication of an imminent change in their oil production policy despite rising energy prices due to the Russian war on Ukraine.

Both have so far stuck with Russia and the OPEC+ agreement that was set into motion during the height of the COVID-19 pandemic to lift oil prices. The group, consisting of the Organization of the Petroleum Exporting Countries and its allies led by Russia and Saudi Arabia, calls for a gradual monthly release of more oil onto the market. But the agreement has been in place since well before Russia’s war in Ukraine drove up oil prices to their highest in years.