wnw24
Home Politics Presidents of Mexico, US to meet amid growing tensions 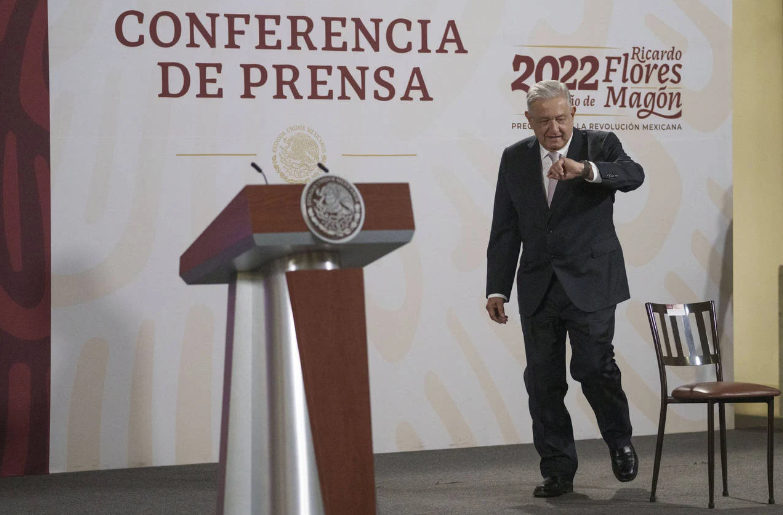 West News Wire: The U.S. Mexico relationship, which was previously a straightforward tradeoff with Mexico controlling immigration and the U.S. not pressing on other issues, has since deteriorated into a wide range of disputes over trade, foreign policy, energy, and climate change.

A month after declining President Joe Biden’s invitation to the Summit of the Americas in Los Angeles, President Andrés Manuel López Obrador will travel to Washington on Tuesday to meet with the Vice President. The leader of Mexico had demanded that Biden invite the leaders of Cuba, Nicaragua, and Venezuela, all of which have authoritarian regimes, to the summit, and he has referred to U.S. support for Ukraine as “a crass error.”

On that, and other issues, it’s clear López Obrador is getting along much worse with Biden than with Donald Trump, who threatened Mexico, but wanted only one thing from his southern neighbor: stop migrants from reaching the border.

“I think it is more that the Biden administration has tried hard to re-institutionalize the relationship and restore the relationship that’s not centered solely on immigration and trade. And I think as a result that leads to issues coming up that AMLO is less comfortable talking about,” Andrew Rudman, director of the Mexico Institute at the Wilson Center, said, using the Spanish acronym by which Mexicans refer to the president.

López Obrador also has angrily rejected any U.S. criticism of the killings of journalists in Mexico or his own efforts to weaken checks and balances in Mexico’s government. He is also angered by U.S. funding of civic and non-governmental groups in Mexico that he claims are part of the opposition.

It all adds up to a witches’ brew in bilateral relations.

“At the end of the day, the problem is that you have the complete mismatch in this relationship,” said Arturo Sarukhan, who served as Mexico’s ambassador to the U.S. from 2006 to 2013.

The United States “needs Mexico as a key partner on everything from ‘near shoring’ (manufacturing for the U.S. market) in terms of competitiveness, in terms of North American energy security, energy independence, energy efficiency,” Sarukhan said. “The problem is you have a Mexican president who doesn’t care about any of these things.”

What the Mexican president is interested in talking about is inflation, which in June spiked to almost 8%. Inflation and the economic after-effects of the pandemic are leading an increasing number of Mexicans to emigrate 22 of the 53 migrants who recently died after being abandoned by smugglers in a semi-trailer in Texas were Mexican.

Increasing such visas “would seem to be a way to resolve the labor shortage we have in this country, and also reduce some of the pressure on Mexico and Central America,” Rudman said. “So it seems like something that Lopez Obrador is for, and the Biden administration might be inclined to offer.”