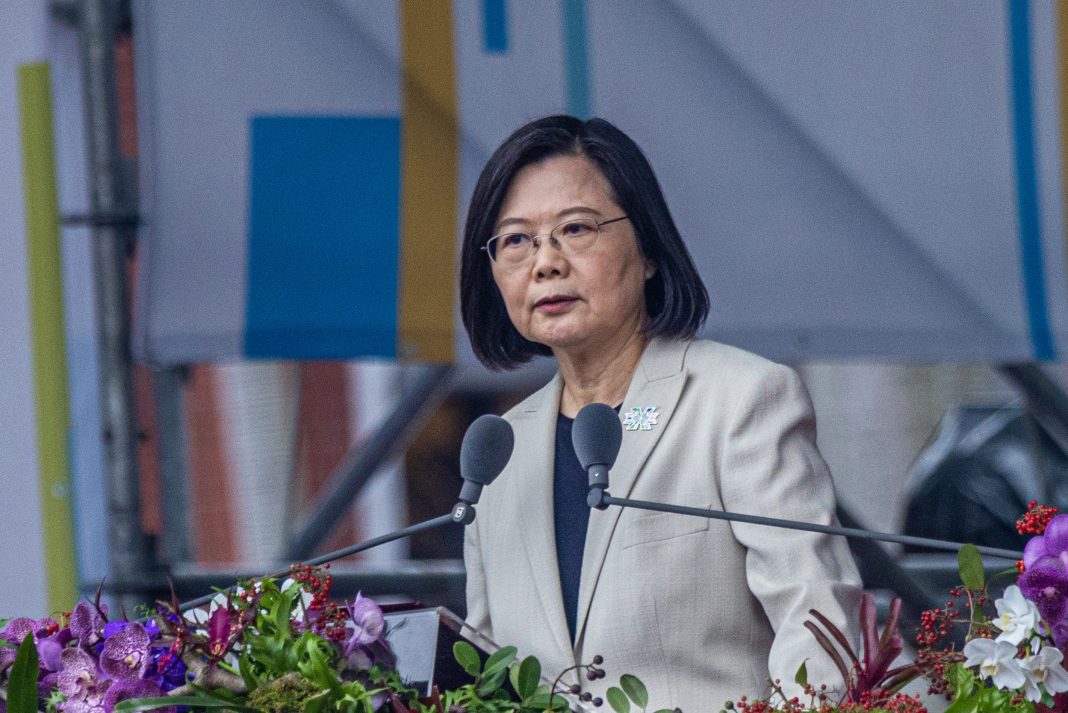 Tsai has frequently stated throughout her party’s campaigning that she was “opposing China and defending Taiwan.” However, according to experts, the party’s unsuccessful mayoral candidate Chen Shih-chung only briefly brought up the threat posed by the Communist Party before rapidly shifting the conversation back to local concerns.

Tsai offered her resignation on Saturday evening, a tradition after a major loss, in a short speech in which she also thanked supporters.

“I must shoulder all the responsibility,” she said. “Faced with a result like this, there are many areas that we must deeply review.”

Beijing welcomed the results as proof that the people of Taiwan overwhelmingly support peace, stability and “a good life,” with China’s Taiwan Affairs Office promising to continue its work to promote peaceful relations and to oppose foreign interference and calls for Taiwan independence.

Despite a largely symbolic resignation, Tsai is set to remain the island’s leader until the end of her second term 2024. She won by a landslide in 2020 on promises to stand up to Beijing, but won’t be able to run again because of term limits.

Ahead of the Saturday’s vote, Tsai repeatedly described local elections as yet another “chance to show the international community Taiwan’s persistence and resolve to defend freedom and democracy,” and urged undecided voters to “please cast this vote for me, for candidates I am recommending.”

The opposition KMT also voiced its commitment to protecting the island’s freedom and democracy, but without being as confrontational with Beijing as the DPP.

While Tsai had repeatedly raised the issue of “opposing China and defending Taiwan” during the campaign, the opposition as well as her own party’s candidates focused instead on local problems such as air pollution, traffic issues and the island’s handling of the Covid-19 pandemic.

Taiwan has governed itself since nationalist forces led by Chiang Kai-shek fled to the island in 1949, after they lost a civil war to the Communists. Beijing’s position is that Taiwan is an integral part of China the so-called ‘One China’ policy and that China “will inevitably be reunified.”

The 20th National Congress of the Communist Party last month enshrined the opposition to Taiwanese separatism in the patry’s constitution, after re-electing Chinese leader Xi Jinping for a third term. The Chinese president said that while Beijing seeks “peaceful reunification” with the island, he could not “promise to give up the use of force” and reserves the option “to take all necessary measures.”