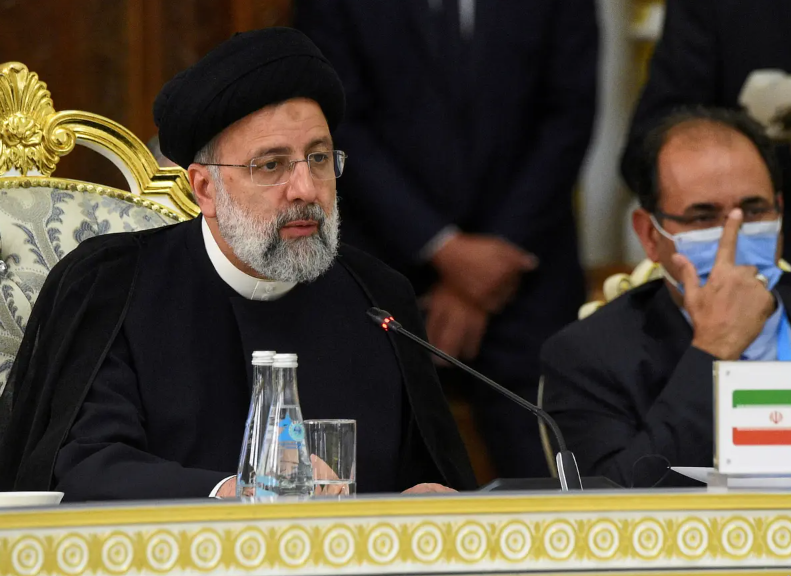 West News Wire: In light of the ongoing impasse over their 2015 nuclear agreement, Iranian President Ebrahim Raisi and his delegation have met with French President Emmanuel Macron and other top European officials.

The Joint Comprehensive Plan of Action (JCPOA), as the nuclear agreement that the United States unilaterally abandoned in 2018, is officially known, was then the subject of separate negotiations between Bagheri and Mora that are believed to have primarily been focused on this issue.

According to Raisi’s website, the Iranian president emphasised a major demand to his French counterpart that an inquiry by the International Atomic Energy Agency (IAEA) into several Iranian nuclear sites revolving around unexplained nuclear particles must be concluded for any agreement.

“The agency’s approach towards technical issues must be away from pressures by others, and we believe that achieving an agreement will not be possible without closing Iran’s cases,” Raisi told Macron.

Raisi also said, “Europe must show in action that its policies are separate from those of the US and does not follow the wishes and policies of the US.”

Macron reportedly offered proposals to advance the talks that have once more stalled after Iran gave its latest written response to a European draft text earlier this month.

“Iran and the agency are able to resolve existing cases and we won’t exert political pressure on the agency on this issue,” the French president was quoted as saying on Raisi’s website.

Speaking to Michel, Raisi asked, “If safeguards issues are not resolved, what guarantee is there that the three European countries won’t again propose and pursue a resolution against the Islamic Republic of Iran the day after an agreement?”

The E3 France, Germany and the United Kingdom and the United States introduced a resolution censuring Iran in June, which led to Iran dismantling 28 agency cameras at its nuclear sites.

The Western allies also read out a statement at the IAEA board last week in condemnation of Iran’s lack of cooperation with the agency which was backed by 56 countries, including two-thirds of the board.

The talks on Tuesday come after France’s foreign minister Catherine Colonna pushed Tehran to accept the proposal to reinstate the historic agreement, warning that time was running out.

Borrell also stated that he did not anticipate significant advancement at the UN General Assembly, confirming the notion that there won’t be any until at least after the forthcoming US midterm elections next month.

Israel continues to be the principal opponent of the nuclear agreement, as evidenced by the recent statement made by Mossad chief David Barnea, who claimed that even a restored JCPOA would not grant Iran “immunity” from Israeli military action.