wnw24
Home Editor's Pick President Biden pledges to end war in Yemen, but actions are opposite 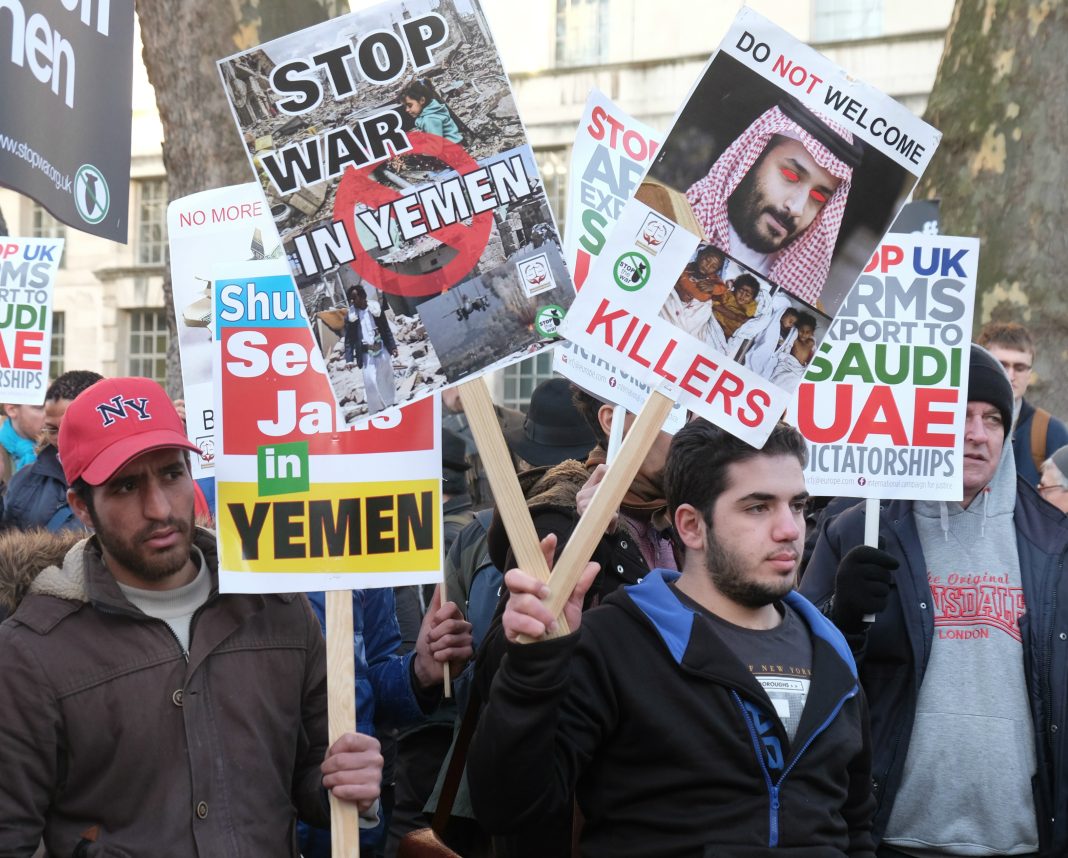 West News Wire: President Joe Biden declared just after two weeks into his administration that he would pursue a negotiated peace in Yemen, eschewing Saudi Arabia in the process. He is currently pivoting 180 degrees. The US is fostering instability and hurting its own position by adopting such arbitrary foreign policy views.

On December 13, Senator Bernie Sanders made the decision to rescind a War Powers Resolution calling on the US to stop supporting Saudi aggressive actions in the Yemen War. In the expectation that the resolution would pass, Sanders was expected to submit it to a vote. He ultimately chose to retreat, though, as the White House applied increasing pressure against him. Instead, the American senator for progressive policy asserted that he was told that the Biden administration will “continue working” with his office to eliminate the conflict.

The Biden administration expressed its view that such a resolution would be unhelpful and worsen the disaster in Yemen, as reported by The Intercept, which obtained the major talking points disseminated by the White House against the resolution. Sanders’ decision to renounce the resolution, according to the Quincy Institute for Responsible Statecraft, “may embolden the many members of Washington’s foreign policy elite who would like to ensure that the president’s capability to wage war unilaterally remains unchallenged by Congress’s constitutional prerogative over matters of war and peace.”

The War Powers Resolution, which essentially seeks to compel President Biden to carry out the majority of the measures that he himself detailed in February 2021, is the main issue here for the US government. Although Joe Biden stated that the US will stop any “related arms deliveries” to the Saudi-led coalition fighting Yemen’s Houthis, this policy position has never been carried out since 2015.

President Biden promised to declare longstanding friend Saudi Arabia a global “pariah” during his 2020 campaign. However, the Biden administration swiftly decided to shift its position when it became clear that the significant oil-producing nation was a crucial ally in the Middle East, a realization that came months into the West’s campaign of sanctions against Russia.

Both of these actions were obviously intended to pressure Saudi Arabia to increase oil output, but this effort was unsuccessful because Mohammed Bin Salman, the Saudi Crown Prince, refused to appease the president.

Since then, the US government has given the go light to a prospective multibillion-dollar agreement with Saudi Arabia and the UAE, and in August, the Biden administration granted the Saudi Crown Prince immunity from a civil lawsuit over his involvement in the murder of journalist Jamal Khashoggi. After allegedly bringing up the Khashoggi killing to the Crown Prince earlier this year, the Crown Prince allegedly insulted Biden by bringing up the Israeli killing of Palestinian-American journalist Shireen Abu Akleh and questioned why Jamal Khashoggi mattered more. Notably, the US head of state failed a number of times to even pronounce Shireen Abu Akleh’s name correctly when delivering a speech beside Palestinian Authority President Mahmoud Abbas just days earlier and did not bring the killing up to Israeli representatives.

The White House implied that it was involved in the six-month ceasefire between the two main opposing groups in the war when it opposed Senator Bernie Sanders’ resolution on Yemen. The truce, which expired on October 2, was actually mediated by the United Nations. Abd al-Wahhab al-Mahbashi, a senior member of Houthis, recently issued a warning that “the deployment of US soldiers in the Bab al-Mandab and off the coast of Yemen constitutes a severe threat to maritime navigation.” According to Houthis, the US government is the main barrier to peace in Yemen. In reality, Houthis believes that Saudi Arabia is the US’s proxy in the fight and that it is a battle on US behalf.

Two fuel shipments carrying tons of diesel were intercepted by the Saudi-led coalition and prevented from reaching Yemen the day after Sanders withdrew his War Powers Resolution. One of the main causes of the escalation in tensions is the embargo of Yemen; Houthis claims that Riyadh and Abu Dhabi are taking the country’s oil riches and depriving native Yemenis. In addition, the US’ overt efforts to court Saudi Arabia send a message to Houthis leadership that the Biden administration favors Riyadh in the fight. The way this was presented was a little dishonest because the February 2021 weapons sales freeze had already been essentially lifted by April of that same year. The Saudis possessed offensive weapons once more.

The Biden administration has so far failed to influence Saudi Arabia in the way it had intended, demonstrating that its foreign policy strategies have been at best useless. This failure is most likely attributable to the way the current administration has handled not only Iran but also all the other countries on the Arabian Peninsula in addition to Saudi Arabia. The US’s misstep with the Iran nuclear deal demonstrated that it cannot be relied upon to keep its promises. More importantly, Saudi Arabia is aware that Washington is no longer the most significant role in terms of security. The Saudis would be a lot wiser if they didn’t join the Biden administration in a risky anti-Iran coalition, the Saudis would be a lot smarter to engage diplomatically with Tehran, a step that would be especially helpful when it comes to regional security.

While Saudi Arabia needs US support to continue its war effort, Washington would benefit from an escalation in Yemen at this time. However, there is a chance that large-scale ballistic and cruise missile strikes against Saudi Arabia’s critical infrastructure could force the Kingdom to immediately enter negotiations. Whatever happens, it is certain that US dominance in the Arabian Peninsula is rapidly waning, and this horrible war, which has claimed upwards of 400,000 lives and which the Biden administration has refused to terminate, will be one of its legacies.