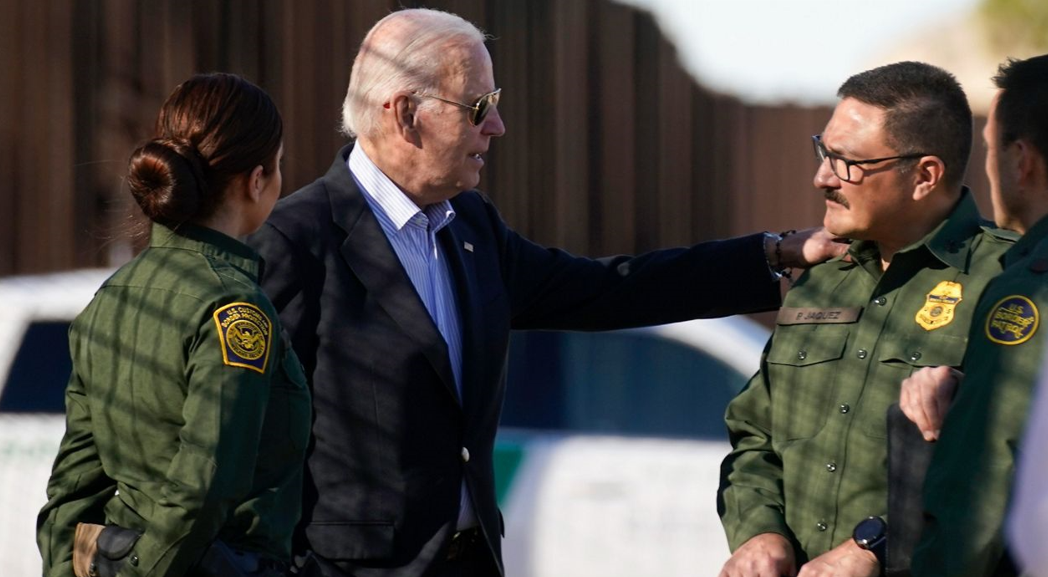 West News Wire: In El Paso, Texas, on Sunday, President Biden made his first confirmed border trip during his decades in politics and the first border visit of his presidency.

The president visited a migrants center, chatted with Border Patrol agents, and strolled alongside the massive wall separating Texas from Mexico.

“And here we have the folks from the Salvation Army,” a woman stated as the president entered the immigration facility.

Then Biden approached a military man who was standing there and shook his hand.

The president stated, “I traveled to Poland and Ukraine with the Secret Service.”

Biden has a history of using the wrong words when speaking.  He has made numerous references to Vice President Kamala Harris as “President Harris.”

In November, the president fumbled his words during a press conference and mixed up the Iraqi city of Fallujah with the Ukrainian city of Kherson.

At the time, the president was predicting whether a compromise between Russia and Ukraine would occur before winter.

“I think the context is that whether or not they’re pulling back from Fallujah, and I mean from the City of Kherson,” Biden said, correcting his mistake.

That same month, Biden spoke at the Association of Southeast Asian Nations, or ASEAN, summit and referred to the host country Cambodia as Colombia twice.

“It was an honor to host at the White House in May, and now that we are back together in Cambodia,” Biden said as he opened the talks. “I look forward to building even stronger progress than we’ve already made. I want to thank the prime minister for Colombia’s leadership as ASEAN chair.”

The president later told the press he was “heading over to Colombia” before correcting himself.

And in one other instance, Biden erroneously said his son, Beau, “lost his life in Iraq,” during a speech in Colorado in October.

“I say this as a father of a man who won the Bronze Star, the Conspicuous Service Medal, and lost his life in Iraq,” Biden said.