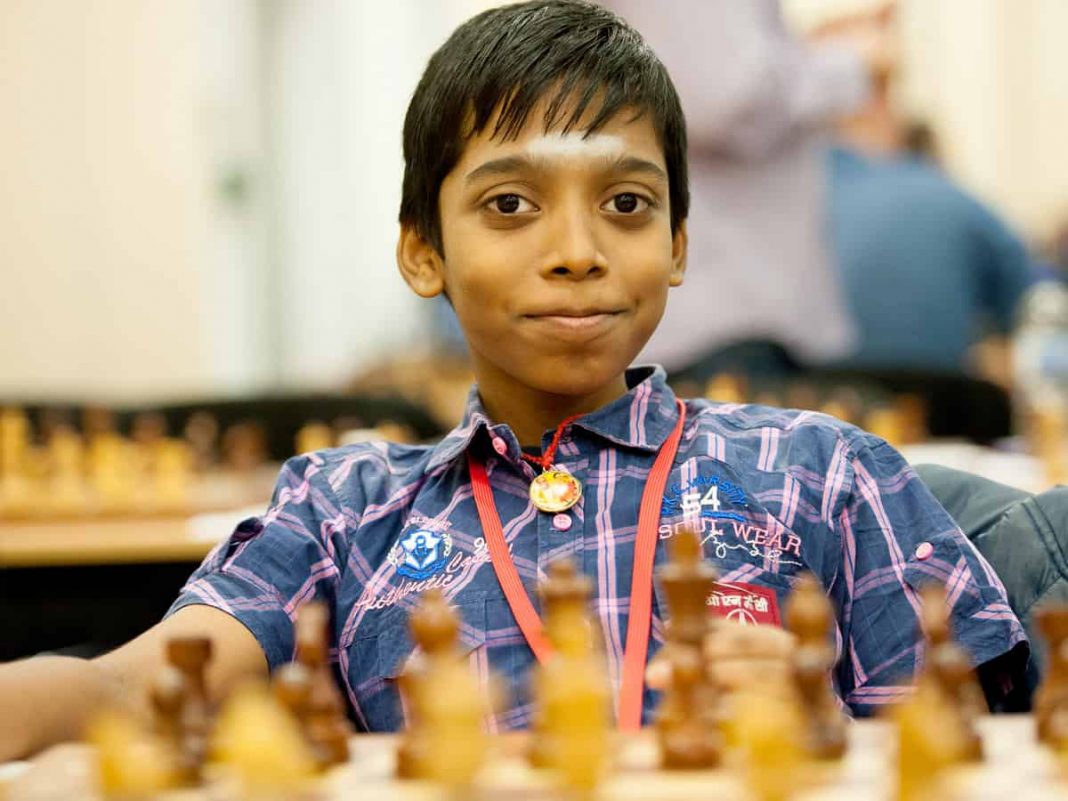 West News Wire: Rameshbabu Praggnanandhaa, a teenage chess grandmaster from India, has received accolades for his surprise victory over world number one Magnus Carlsen in an online tournament.

At the Airthings Masters rapid chess competition on Monday, Praggnanandhaa, 16, who became the youngest international master in history at the age of ten in 2016, defeated Carlsen.

“It’s about time to go to bed because I don’t think I’ll be able to eat dinner at 2.30 a.m.,” a clearly calm Praggnanandhaa stated after his 39-move triumph playing black.

Others, notably Indians Viswanathan Anand and Pentala Harikrishna, have defeated Carlsen, but Praggnanandhaa is the youngest since the Norwegian became world champion in 2013.

Anand, a five-time world champion and acclaimed as the greatest chess player India has produced, tweeted: “Always proud of our talents! Very good day for @rpragchess.”

“What a wonderful feeling it must be for Pragg. All of 16, and to have beaten the experienced & decorated Magnus Carlsen, and that too while playing black, is magical!,” Tendulkar wrote on Twitter.

“Best wishes on a long & successful chess career ahead. You’ve made India proud!”

Carlsen, 31, appeared to blunder in the Meltwater Champions Chess Tour event for a total prize pool of more than $1.5m.

On Monday, Carlsen had said he was still feeling the after-effects of a recent coronavirus infection.

“It was better today, but the first couple of days, I was feeling like I am okay but I don’t have any energy and it was kind of hard to focus,” Carlsen said.

Carlsen won his fifth straight world chess title in December, overcoming Ian Nepomniachtchi in a contest that saw the Russian lose his nerve after losing an epic eight-hour game, the longest ever played at a world championship.

The teenager’s victory follows an underwhelming performance in the tournament so far where his previous victory came in the eighth round over grandmaster Levon Aronian.

“His results in the past six months has swung between extremes,” Praggnanandhaa’s coach RB Ramesh was quoted as saying on ESPN.

“The fluctuation can be worrying and needs to be stabilised. This win against Magnus is important. Beating one of the strongest players in chess history is a huge moment for him.”