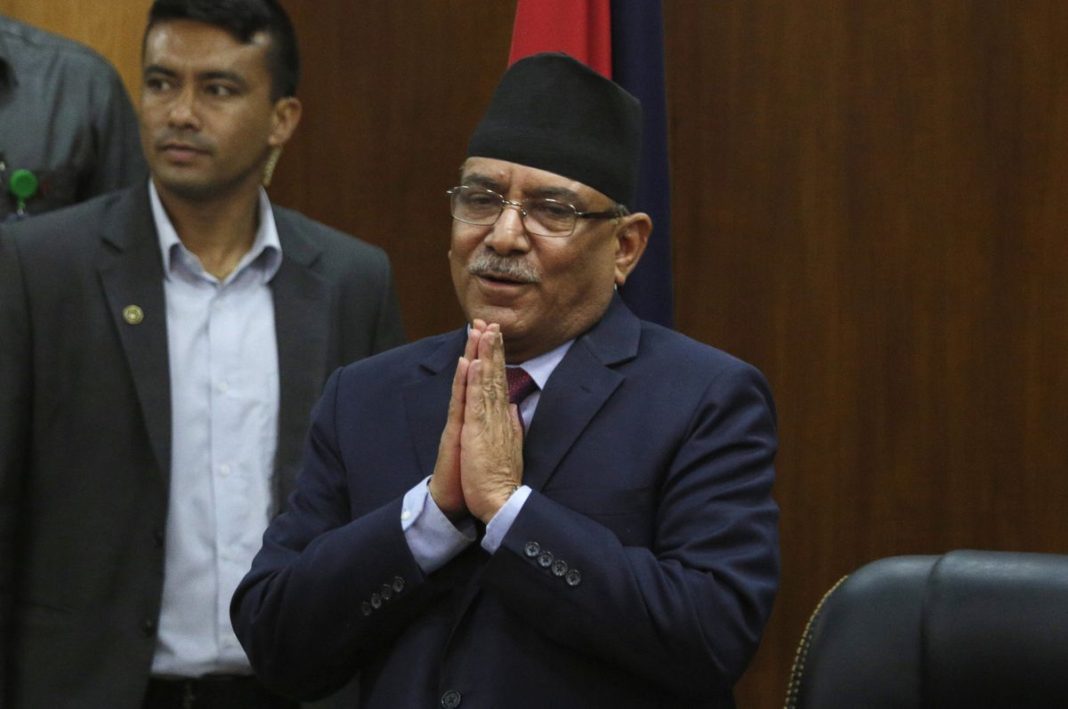 West News Wire: After last month’s election resulted in a hung parliament, a former Maoist leader who spearheaded a decade-long uprising against Nepal’s monarchy was named prime minister for the third time in coalition with the main opposition.

According to party officials, Pushpa Kamal Dahal will lead the new administration for the first two years of the five-year term with the backing of the opposition Unified Marxist-Leninist (UML) party and other smaller organizations. Pushpa Kamal Dahal continues to go by the moniker Prachanda, which means “terrible” or “fierce.”

President Bidhya Devi Bhandari’s adviser Tika Dhakal informed the news agency Reuters that “he has been appointed and commands the support of a vast majority of parliament.”

Prachanda is likely to take the oath of office on Monday and prove his majority in the 275-member house later in the week. Seven parties have pledged their support for him.

Prachanda, who replaces Sher Bahadur Deuba of the Nepali Congress party, will step down in 2025, making way for the UML to take over the office, local media reported.

“This is the understanding. Remaining work of distribution of key other posts and ministries is still to be worked out,” Dev Gurung, the general secretary of Prachanda’s Maoist Centre party told Reuters after a meeting of the new coalition.

The new coalition comes to power hours after Prachanda, 68, surprisingly walked out of the ruling alliance led by 76-year-old Deuba.

Deuba, whose Nepali Congress emerged as the single largest party after the November 20 polls, refused to back Prachanda for the prime minister’s job.

Prachanda’s Maoist Centre party won 32 seats in the 275-member House of Representatives. The UML has 78 seats, and the rest, required for the 138-majority, will be controlled by smaller groups.

The Nepali Congress party will be the main opposition controlling 89 seats.

In 2006, the Maoists gave up their armed revolt, joined a United Nations-assisted peace process and entered mainstream politics. Prachanda served briefly as prime minister in 2008-09, and again in 2016-17.

Analysts said Prachanda was unlikely to provide the country with stability due to many coalition partners. He also faces serious economic challenges.

Inflation is more than 8 percent, the highest in six years. Nepal also faces dwindling foreign exchange reserves, with an increasing dependence on imports of basic goods.

“It is unlikely for the economy to grow as political instability will spook investment and businesses,” former central bank governor Deependra Bahadur Kshetri told Reuters.

Nepal has been hampered by political instability, frequent changes in government and squabbles among parties, which have been blamed for delays in writing the constitution and slow economic development.

The Himalayan nation has seen 10 government changes since 2008, when the monarchy was abolished.