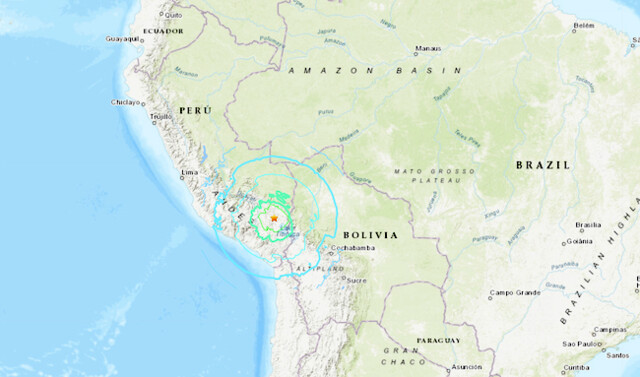 West News Wire: On Thursday, a magnitude 7.2 earthquake jolted a rural region of southern Peru, sending terrified residents onto the streets of neighboring Bolivia, though there were no early reports of damage or injuries.

The tremor shook some buildings in La Paz, Bolivia’s capital, and many rushed into the streets. It was also felt in Peruvian cities such as Arequipa, Tacna, and Cusco, as well as in northern Chile, however there were no reports of damage or victims from local authorities or radio stations.

According to experts, the quake was fairly deep at around 135.3 miles (217.8km) beneath the surface.

The US Tsunami Warning System said no tsunami warning had been issued.

The earthquake swayed a few buildings in La Paz, the capital of neighbouring Bolivia, as well as in Peruvian cities such as Arequipa, Tacna and Cusco, according to local reports.