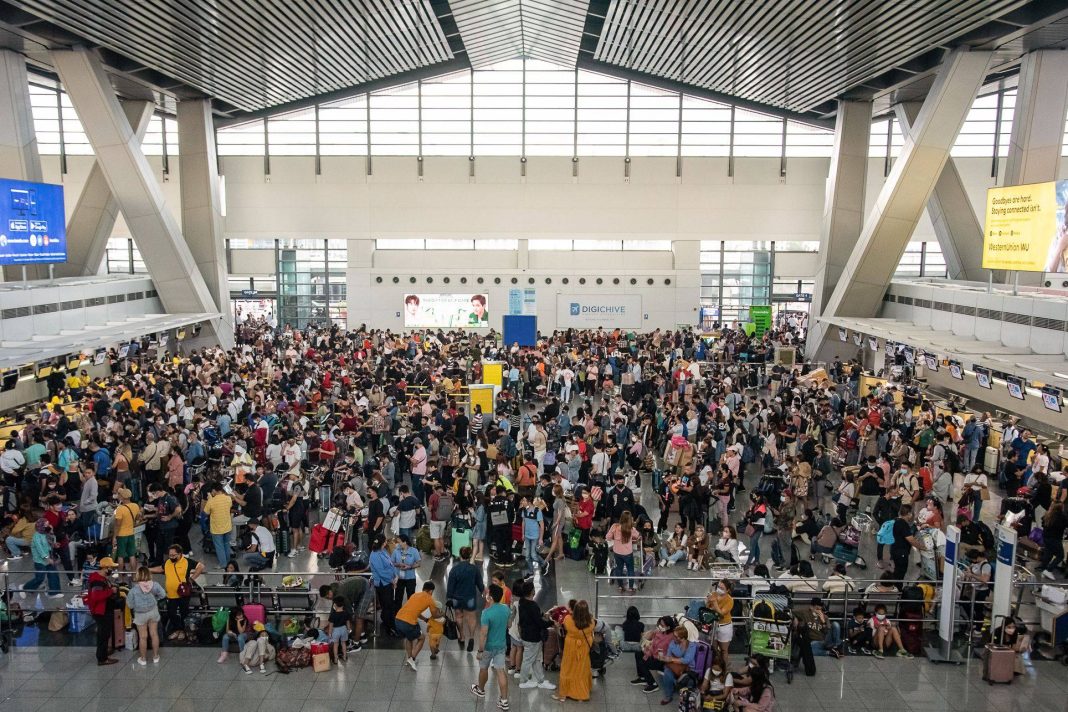 West News Wire: Tens of thousands of passengers were left stranded on Sunday at Philippine airports after a power outage at the nation’s main hub in Manila destroyed communication and radar equipment, forcing hundreds of flights to be canceled, delayed, or diverted.

On Sunday morning, the domestic and international airports in Manila had a “technical difficulty” with the air traffic management center.

Around 56,000 people were impacted by the cancellation, diversion, or delay of more than 360 flights into and out of Manila.

After Christmas and New Year’s vacation, a large number of people were returning to the capital for work and school when the outage occurred.

At check-in desks around the nation, there were hectic scenes as thousands of travellers attempted to rebook tickets or learn the estimated time of their flights.

Others who had boarded their aircraft before the glitch was announced waited for hours and were then disembarked.

Airport officials did not initially specify the cause of the problem.

But transportation department secretary Jaime Bautista said the air traffic management center, which controls inbound and outbound flights, “went down” due to a power outage that resulted in the loss of communication, radio, radar and Internet.

“The secondary problem was the power surge due to the power outage which affected the equipment,” he said.

Airport authorities said the air traffic management system was partially restored by 4:00 p.m. (0800 GMT) and flights were beginning to take off and land in Manila.

“The flight delays and diversions are only precautionary measures to ensure the safety of passengers, crew, and aircraft,” the Civil Aviation Authority of the Philippines said.

Stranded travelers were outraged and annoyed by the malfunction and lack of information given by airport staff.

A woman who was supposed to fly to Singapore said she spent several hours sitting in a plane on the tarmac.

She and her fellow passengers were eventually taken off the plane and offered hotel rooms.

“We were told it was a complete failure of radio comms at air traffic control,” she told AFP.

Tycoon Manny Pangilinan tweeted that he had been flying from Tokyo to Manila when the plane was diverted to Haneda due to “radar and navigation facilities” going down.

“6 hours of useless flying but inconvenience to travelers and losses to tourism and business are horrendous. Only in the PH. Sigh,” Pangilinan wrote.

Manila passenger Daryll Delgado said she had managed to rebook her flight for a later date after a “frustrating” experience.

An AFP reporter in the southern city of Davao said travelers were advised not to go to the airport but many only found out their flights had been canceled after they arrived to check in.