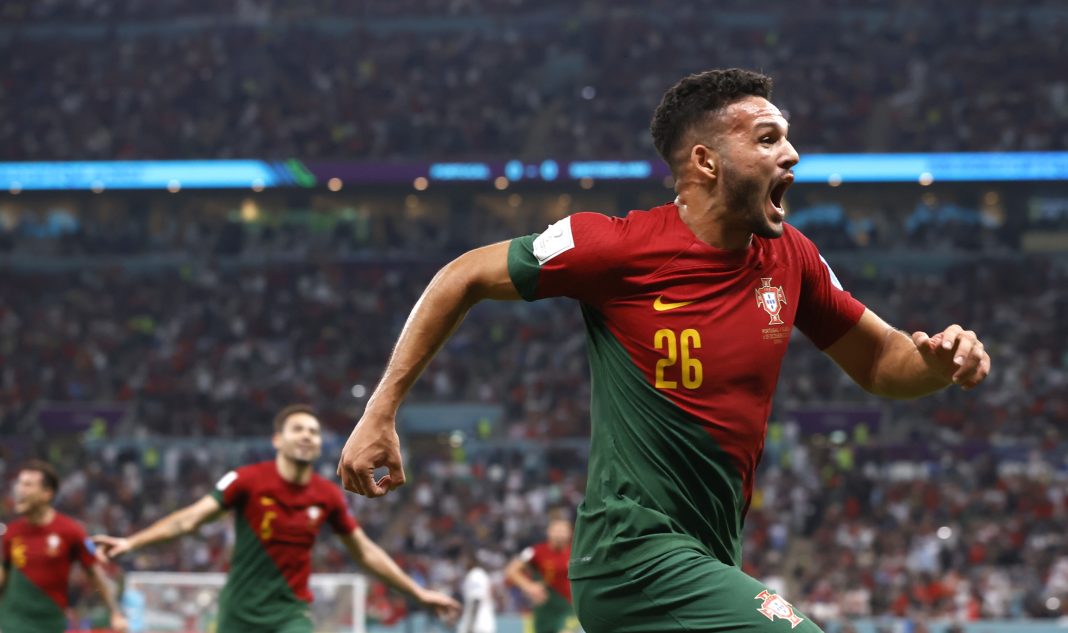 On Wednesday night at Lusail Stadium, Ramos, who had taken Cristiano Ronaldo’s position on the bench, scored a historic hat-trick as the veterans of Portuguese football gave the ball to the next generation.

Early in the second half, Ramos scored his second goal. Before the hour mark, Raphael Guerreiro added a fourth as Portugal began to score frequently. Then Ramos added a third goal, making him the first player to ever record a hat trick in the knockout stages of World Cup since 1990.

There was a balance to this Portugal team without the overbearing presence of their talismanic captain, who was dropped after he reacted angrily to being substituted against South Korea in the group stages.

Football is a team game and Portugal’s team all stepped up to fill the Ronaldo-sized void.

It was not head coach Fernando Santos’s only big call. He also left Ruben Neves and Joao Cancelo out of the starting lineup.

Twenty-one-year-old Ramos was two years old when Ronaldo made his debut for Portugal. He had played fewer than 35 minutes of international football before tonight, making his debut last month. He had never started for his country before. The pressure was on. And he did not disappoint.

Portugal played like a team – interdependent, connected. For the first time this tournament, they looked like they could win it.

Switzerland’s Manuel Akanji turned the ball in at the far post from a beautifully weighted cross for a consolation goal in the 56th minute but it could not herald a turn in the tide of the game.

Joao Felix made way for Ronaldo to a huge ovation in the 72nd minute, winning his 195th cap for Portugal after fans chanted his name in this 90,000-seater stadium for a quarter of an hour. A spectacular effort from the veteran striker in the 82nd minute was ruled as offside.

Rafael Leao, 23, scored with a wonderful finish in the 91st minute to leave Portugal facing Morocco in the quarter-finals on Saturday afternoon, before England take on France.

But the question marks over Ronaldo’s future remain. Without a club, after a spectacular media implosion ended his time at Manchester United, and now with a natural replacement lined up in the national team, Ronaldo cut a lonely figure at the end of the match.

As the Portuguese team applauded their fans behind the goal, Ronaldo wandered off towards the tunnel alone.