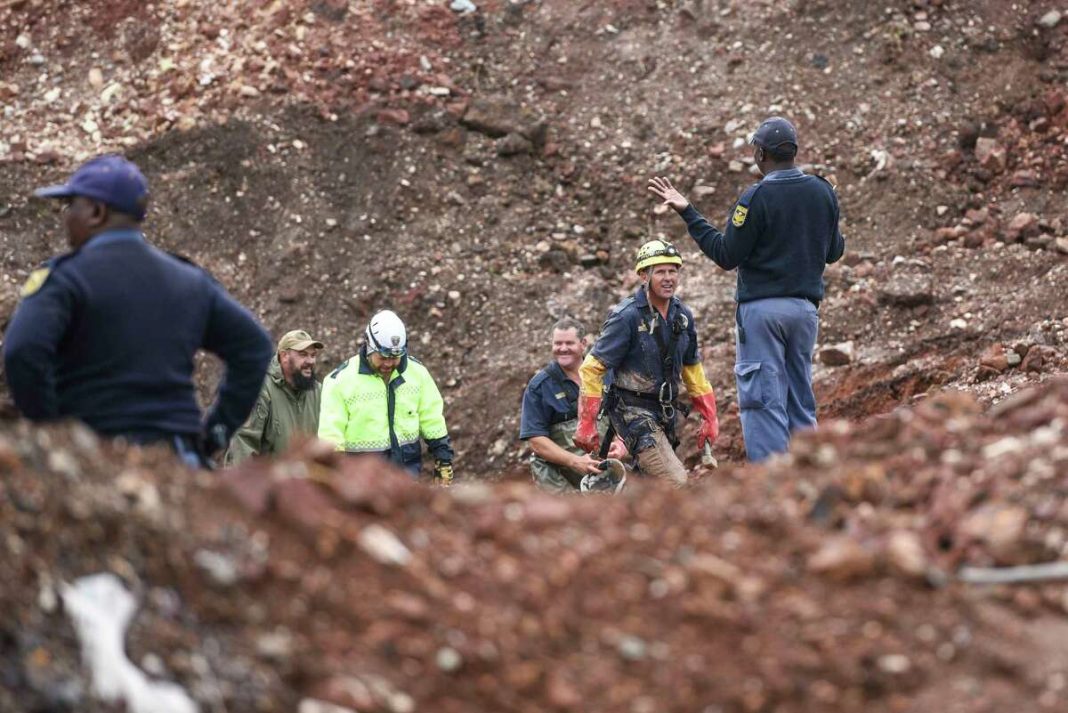 West News Wire: In the town of Krugersdorp, west of Johannesburg, authorities in South Africa are looking into the finding of at least 21 bodies of suspected illegal miners that were discovered close to a working mine.

19 dead were found on Wednesday afternoon, and two more were discovered on Thursday morning, according to the authorities. Police stated that they believe the remains were relocated to the privately owned mine where they were discovered.

On Thursday, police spokesperson Brenda Muridili stated, “We can confirm that this morning our search and rescue team went back to the location and, when they were searching, they discovered two more bodies.” They took them out of an exposed mining shaft.

The discovery is the most recent of several occurrences involving illegal mining in the Krugersdorp area. In July, eight female members of a film crew were raped and robbed at an abandoned mine in the area, where they were working on a music video shoot. The incident sparked violent protests against illegal miners in surrounding communities.

Last week, rape and robbery charges against 14 men, who are also suspected of being illegal miners, were withdrawn after police could not link them to the rapes through DNA evidence. The men were among more than 80 people arrested during police raids on the abandoned mine where the rapes took place.

Illegal mining is rife in South Africa, with miners known locally as “zama zamas” searching for gold at the many disused and abandoned mines in and around the Johannesburg region. Krugersdorp is a mining town on the western edges of Johannesburg.

Illegal mining gangs, usually armed, are considered dangerous by the police and are known to fight violent turf battles with rival groups. The trade is believed to be dominated by immigrants who enter illegally from neighbouring countries Lesotho, Zimbabwe, and Mozambique.

The 14 men who had rape and robbery charges against them dropped are accused of being in South Africa illegally and have been charged with immigration offences.