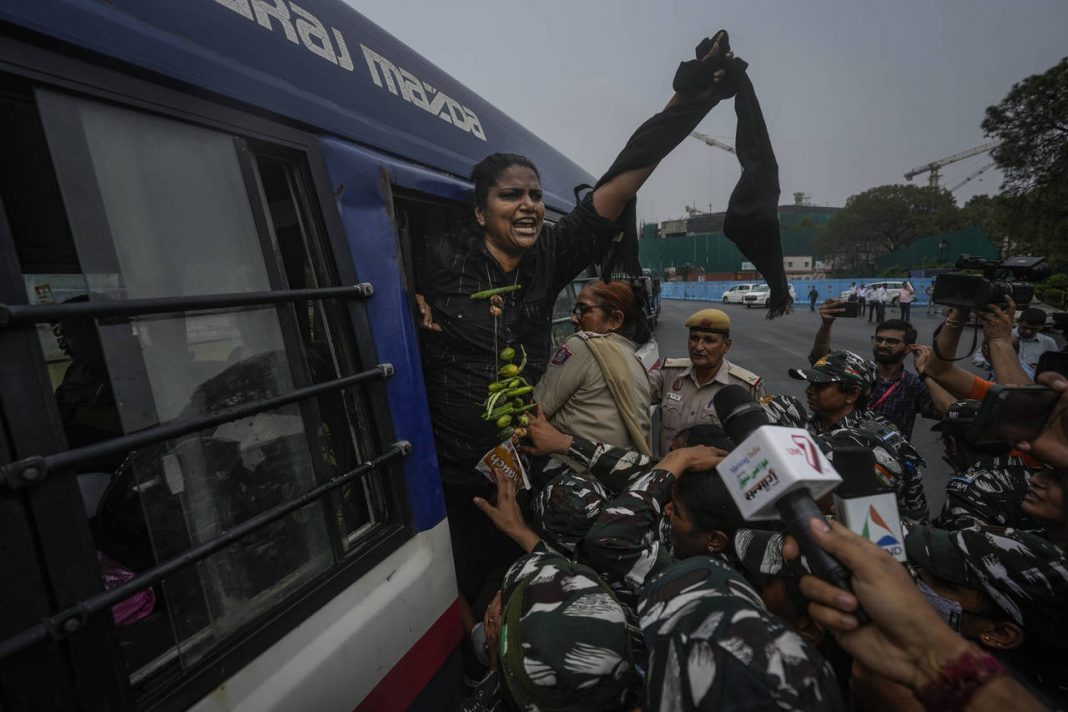 West News Wire: Numerous members of the opposition Congress party in India have been detained by police as they attempted to march to the president’s and prime minister’s residences to voice their displeasure over rising food and fuel prices as well as a rise in the goods and services tax. Rahul Gandhi, a key figure in the party, was among those detained (GST).

In order to stop them from joining the protesting leaders, many of whom were dressed in black, police detained hundreds of party followers on Friday in New Delhi, the nation’s capital.

Several protesting ladies used wood to make food outside the Congress party offices, claiming that the cost of cooking gas had increased beyond the limits of lower- and middle-class families.

Police in New Delhi started to barricade the party’s offices and Sonia Gandhi and Rahul Gandhi’s residences on on Wednesday after the party announced plans to organise countrywide protests against the government of Prime Minister Narendra Modi.

“What we are witnessing is the death of democracy in India,” Rahul Gandhi told reporters.

“Anybody who stands against this idea of the onset of dictatorship is viciously attacked, put in jail, arrested, and beaten. The idea is that people’s issues whether they are price rises, unemployment, or violence in society people’s issues must not be raised. That is the sole agenda of the government.”

“Democracy is a memory,” Gandhi later tweeted with photos of the police crackdown on the protests.

Police prevented the party’s efforts to hold similar marches in Mumbai, India’s financial capital, Guwahati, and some other cities, detaining party members and taking them away in buses and other vehicles.

There was no immediate comment from the police. The legislators and their supporters were expected to be released after brief detentions a general practice by police in such protests.

“This is the worst form of vendetta politics. We will not submit! We will not be silenced! We will continue to raise our voice against injustices and failures of the Modi government,” the party said in a tweet.

Finance Minister Nirmala Sitharaman defended the government’s handling of the economy in parliament earlier this week and said there was zero probability of India slipping into recession.

The opposition was infuriated by the government’s decision last month to impose a tax on packed milk curd, cheese, buttermilk, packed rice, flour and wheat. The government also raised fuel and gas prices.