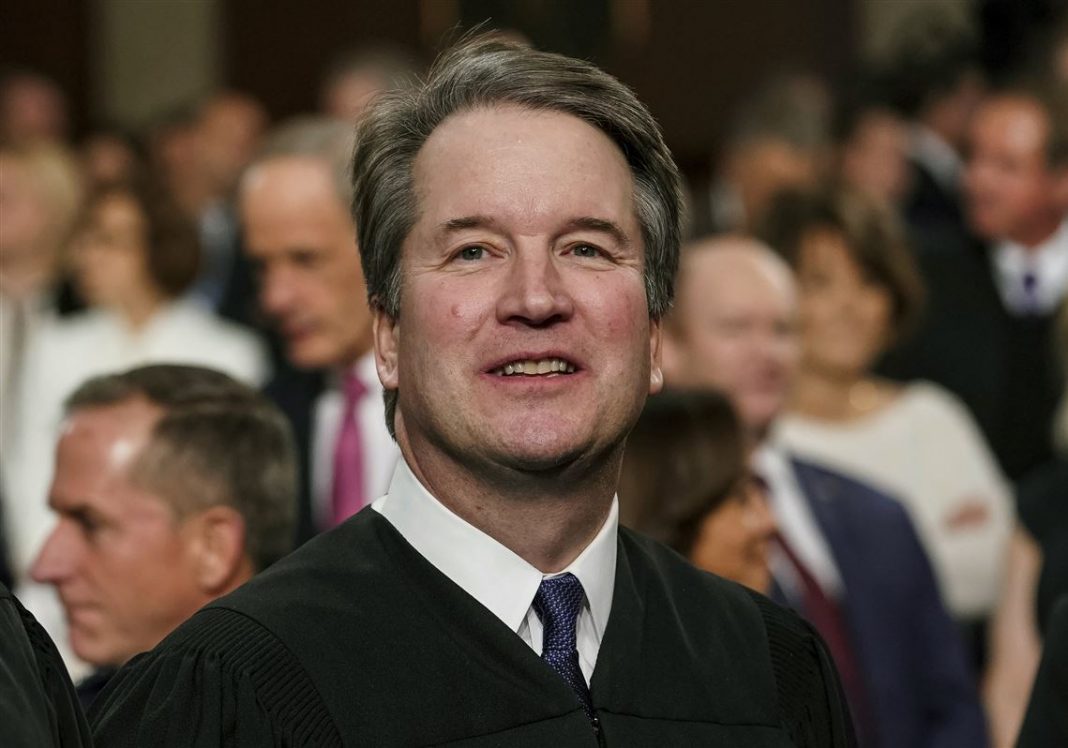 West News Wire: Authorities said a man armed with a handgun who planned to kill conservative US Supreme Court Justice Brett Kavanaugh was apprehended near his home and charged with attempted murder after expressing concern about the expected reversal of a landmark decision legalizing abortion nationwide.

According to an affidavit signed by an FBI agent, the man, identified as 26-year-old Nicholas John Roske of Simi Valley, California on Wednesday, was carrying a handgun he had purchased for the purpose of killing Kavanaugh, as well as ammunition, a crowbar, pepper spray, and other items.

According to the document, Roske also stated that he would commit suicide.

Charges of “attempted murder of a Supreme Court Justice” were filed by the US Attorney’s office in the District of Maryland. On Wednesday,

Roske had apparently taken a taxi to Kavanaugh’s residence, arriving at about 1:05am [5:05am GMT] Wednesday, saw US Marshalls and walked down the street. Shortly afterward, he called an emergency telephone number and “allegedly informed the call taker that he was having suicidal thoughts and had a firearm in his suitcase,” according to the statement by the attorney’s office. Roske was taken into custody soon after.

The criminal complaint “is not a finding of guilt”, the statement says.

The development comes amid intense polarisation in the United States over access to abortions. Abortion-rights supporters have held protests outside Kavanaugh’s home in Maryland and those of at least two other justices and rallied outside the courthouse since the May 2 publication of a leaked draft ruling showing that the court’s conservative majority was poised to overturn its landmark 1973 Roe v Wade decision that legalised abortion nationwide.

The draft opinion, authored by conservative Justice Samuel Alito and published by the Politico news outlet, would uphold a Mississippi law banning abortions after 15 weeks of pregnancy and overturn the Roe decision that recognised a woman’s constitutional right to obtain an abortion.

Such a ruling would enable states to outlaw abortion, a goal of many Republican elected officials and religious conservatives. A decision is expected by the end of June or early July.

US President Joe Biden also condemned the incident on Wednesday, and thanked law enforcement officials for quickly taking the suspect into custody.

“As the president has consistently made clear, public officials, including judges, must be able to do their jobs without concern for their personal safety, or that of their families and any violence or threats of violence or attempts to intimidate justices have no place in our society,” White House Press Secretary Karine Jean-Pierre told reporters from on board Air Force One.

Biden was en route to California, where he is expected to address regional leaders in the Summit of the Americas.

Kavanaugh, appointed by former President Donald Trump, has served on the court since 2018. Three appointees have been appointed by Trump, giving the court a 6-3 conservative majority.

In April, Ketanji Brown Jackson, 51, who was appointed by Biden, was confirmed to the Supreme Court. She is the first Black woman ever to serve on the court and will begin service at the beginning of the next term.

On Tuesday, the AP reported that the US Department of Homeland Security (DHS) has directed a memo to local government agencies warning that the looming Supreme Court decision could lead to violence from either extremist supporters – or opponents of abortion rights – depending on the outcome.

Abortion rights opponents have carried out at least 10 killings as well as dozens of arson and bomb attacks against medical facilities in their long campaign to overturn Roe v Wade.

DHS said there is also a potential for violence from those who support abortion rights, citing recent damage to buildings used by abortion opponents in Wisconsin and Oregon.

Last month, a poll conducted by Marquette University Law School found that public approval of the Supreme Court has fallen following the leak. According to the poll, 55 percent disapprove of the court, up from 45 percent in March.