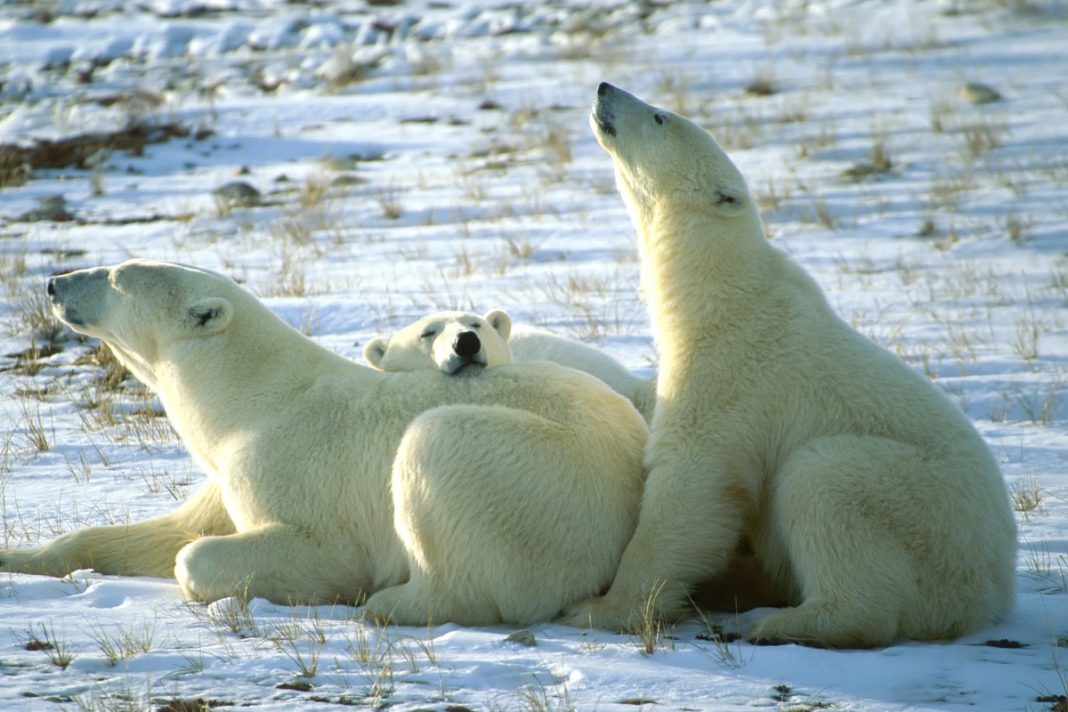 West News Wire: According to a recent government assessment, polar bears are rapidly disappearing from the western part of Hudson Bay at the southernmost point of the Canadian Arctic.

Particularly, the number of female bears and their pups has dramatically decreased.

Every five years, scientists have flown over the area to count the bears and estimate population trends, which includes the town of Churchill, a popular tourist destination dubbed the “polar bear capital of the world.”

They observed 194 bears during the most recent census in late August and early September 2021, the findings of which were made public earlier this month. Based on that count, they calculated that there were 618 bears overall, down from 842 five years earlier.

“Comparison to aerial surveys estimates from 2011 and 2016 suggests that the WH [Western Hudson Bay population] may be decreasing in abundance,” the study said.

It also “revealed significant declines in the abundance of adult female and subadult bears [cubs] between 2011 and 2021”.

“The observed declines are consistent with longstanding predictions regarding the demographic effects of climate change on polar bears,” the researchers said.

They also cited possible displacements of bears to neighbouring regions and hunting for the population decline.

The bears’ sea-ice habitat has been disappearing at an alarming rate, with the far north warming up to four times faster than the rest of the world.

The sea ice has become less thick and is breaking up earlier in the spring, as well as freezing later in the fall.

The bears rely on the ice for foraging for seals, movement and reproduction.

Since the 1980s, the ice pack in the bay has decreased by nearly 50 percent in summer, according to the US National Snow and Ice Data Center.

A report published two years ago in the journal Nature Climate Change suggested this trend could lead to the near-extinction of these animals, noting there were 1,200 polar bears on the western shores of Hudson Bay in the 1980s.

In 2006, the International Union for Conservation of Nature declared the polar bear as a “vulnerable species”. In 2008, the mammal was listed as threatened by the United States government, partly because of the effect of global warming, which continues to reduce their habitat.