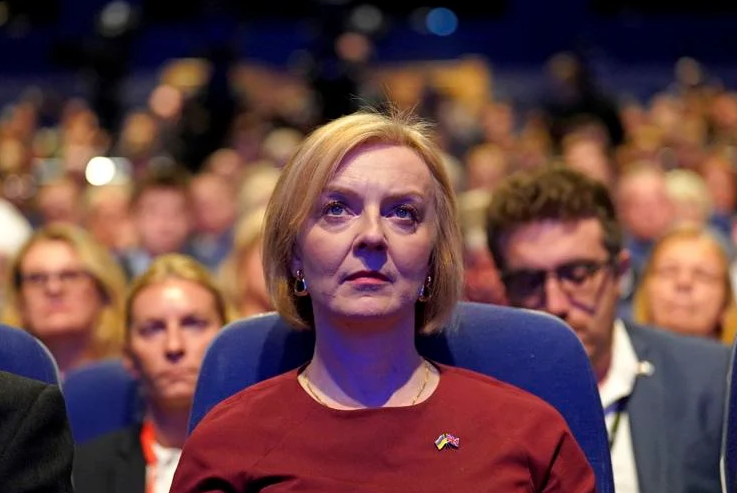 West News Wire: According to British Prime Minister Liz Truss, Kwasi Kwarteng, the finance minister, made the decision to eliminate the top rate of taxation without informing her cabinet of top ministers in advance.

Last month, the government caused panic on the financial markets when Kwarteng unveiled a plan to lower taxes, which would primarily benefit the wealthiest people, without describing how this would affect the public budget or how ministers would restructure the economy to promote growth.

The first indication that Truss could be attempting to distance herself from her chancellor is her statement that it was Kwarteng’s choice to remove the top rate of income tax. She did, however, add that the government would continue to follow its course.

Asked whether all her cabinet was told of the move, Truss told the BBC: “No, no we didn’t. It was a decision that the chancellor made.”

Truss said: “When budgets are developed, they are developed in a very confidential way. They are very market sensitive. Of course, the cabinet is briefed, but it is never the case on budgets that they are created by the whole cabinet.”

The Sunday Times claims that on the day he delivered his mini-budget, Kwarteng went to a champagne celebration at a Conservative donor’s house with hedge fund managers.

According to a source who spoke to the publication, visitors advised Kwarteng to “double down” on his drastic tax-cutting schemes.

Truss claimed that her finance minister frequently saw businesspeople since “that’s his job.”

The opposition Liberal Democrats demanded that the incident be the subject of an official investigation.

The occasion featured a brief statement by the finance minister that offered no details on the government’s future plans, according to Jake Berry, the chairman of the Conservative Party, who claimed to have attended as well.

Berry said Kwarteng in his speech at the event “did not give any insight into future plans and I’m sure in terms of his private conversations he didn’t give any”.