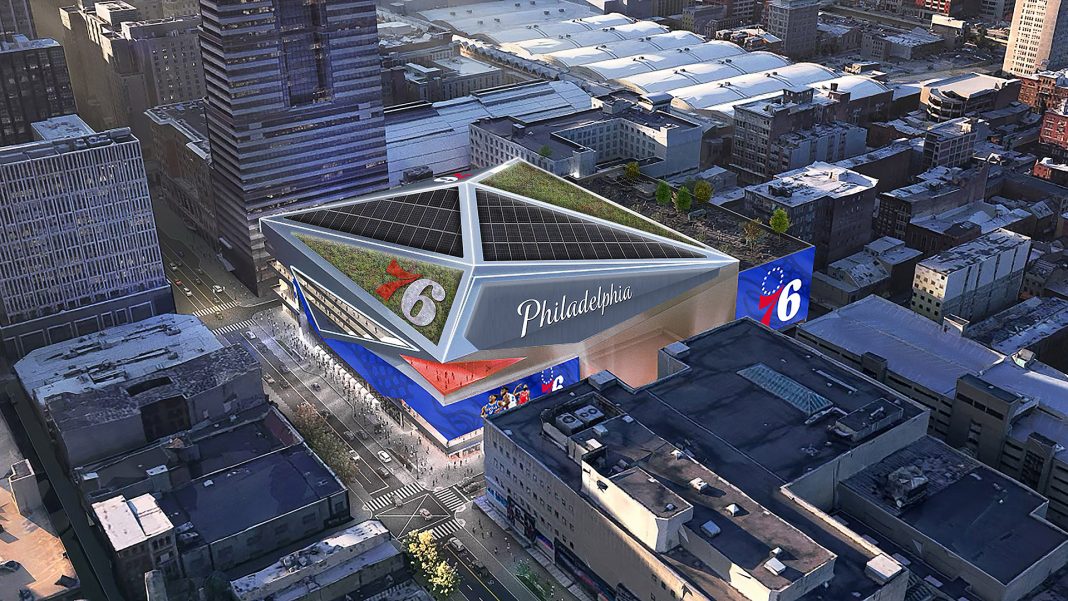 West News Wire: The Philadelphia 76ers revealed their intentions to start the process of constructing a $1.3 billion sports and entertainment complex on Thursday.

Josh Harris and David Blitzer, the team’s managing partners, announced the formation of a new development firm headed by entrepreneur David Adelman to build the team’s future residence in the city’s Fashion District. They claimed that the estimated cost of the new arena, 76 Place, is $1.3 billion.

The region is a bustling downtown with tonnes of retail and entertainment options, and it is close to well-known Philadelphia landmarks like the Reading Terminal Market.

The Philadelphia 76ers are a well-known Philadelphia institution with a track record of giving back to the neighborhood. That’s why we’re committed to building a world-class home in the heart of the city and creating a privately funded arena that strengthens ties within the local community through investments that prioritize equity, inclusivity and accessibility,” Harris said in a news release.

The site was selected primarily due to its access to transit, the release said. The team also cited the “ability to redevelop an existing commercial space.”

But a coalition of Chinatown community members is organizing opposition to the project, which would be built about one block away from the enclave.

“The proposed development would be yet another in a long history of attempts to diminish Chinatown,” said local business owner Xu Lin.

Groundbreaking is not expected for several years and the project is expected to be finished in time for the 2031-2032 NBA season.

The Sixers have called the Wells Fargo Center home since it opened in 1996. “We’ve had a terrific partnership with the Sixers for decades and look forward to hosting the team in this world-class facility until at least 2031,” the arena’s owner, Comcast Spectacor said in a statement Thursday.

Read More
Principles v money: From tennis to F1, this is the real contest taking over global sport

The venue is also home to the Philadelphia Flyers hockey team, and hosts concerts.

Despite an ongoing $350 million project to renovate the arena inside and out, the Sixers are looking to go their own way.

“We’re dedicated to making sure this development is a win for our fans and Philadelphia at large,” said Adelman.