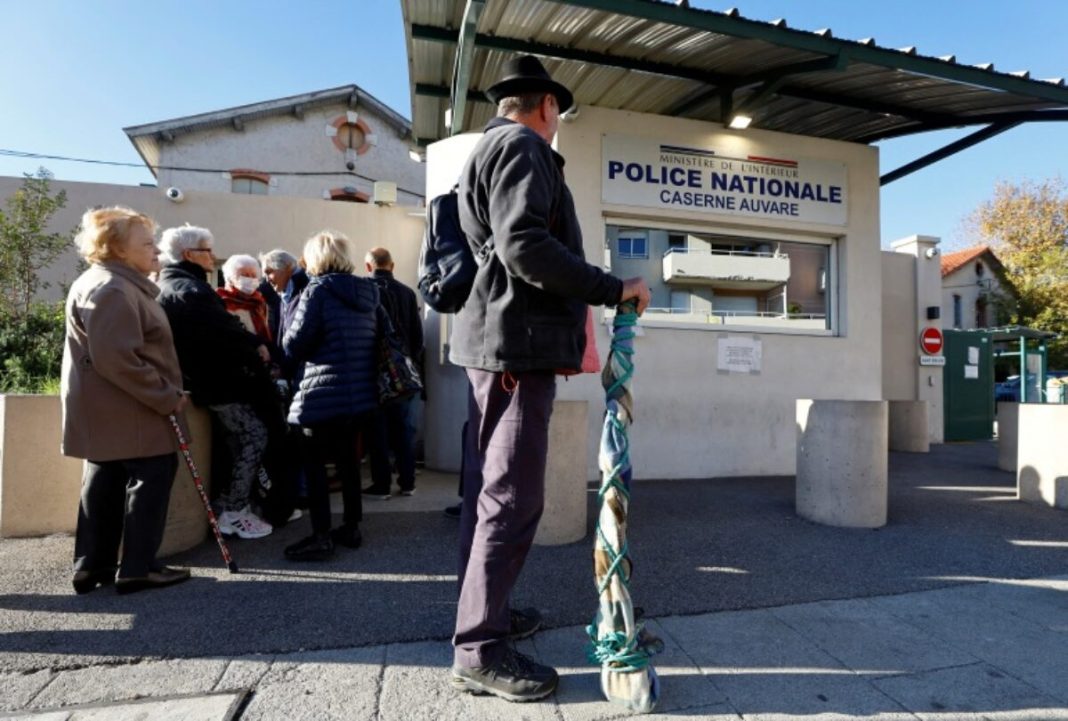 West News Wire: This week, French gun owners are turning in their guns at police collection stations all around the nation as part of a push to seize illegal firearms, many of which are family heirlooms hidden in attics or forgotten at the back of cabinets.

France is determined to reduce the number of illegally owned firearms, which could number up to six million, according to authorities. Gun ownership in France is not like as common as it is in the United States, for example, and gun crimes are comparatively uncommon.

At a police station in Nice, southern France, where he turned over his guns, Lionel stated, “They were my dad’s and I didn’t know what to do with them. “Since there is a means to eliminate weapons, “I don’t really like guns, and since there’s a way to get rid of them cleanly, there’s a moment you have to get rid of such souvenirs.”

Rifles, handguns, ammunition, knives and grenades have been handed in at 300 collection points across France since the start of the Ministry of Interior’s campaign on November 25.

Those who bring in the weapons face no penalties. They can either have them registered or leave them with the police.

By Wednesday, 65,000 firearms had been turned in, along with 1.6 million bullets and other projectiles.

“This campaign is here to help French people surrender these objects that are rather cumbersome for most,” police commandant Florence Gavello said at the collection point in Nice.

“When we talk to them, they’re quite happy about getting rid of them.”

The campaign ends on Friday, after which collected weapons will either be handed over to museums or destroyed.