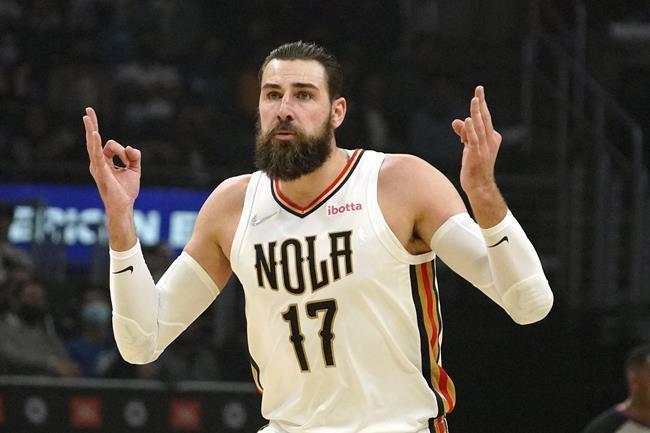 West News Wire: New Orleans Pelicans beat the Los Angeles Clippers for the second time this month with 123-104 on Monday.

Pelicans’ center Jonas Valanciunas scored an impressive 29 points as he hit seven 3-pointers without a miss in the first half.

Lithuanian finished with a career-high 39 points, 15 rebounds and 3 assists while his teammate Brandon Ingram contributed with 27 points, 7 rebounds and 4 assists at Staples Center, Los Angeles.

Paul George’s 27 points, 3 rebounds and 3 assists were not enough for Clips to come out on top.

Pelicans are at the 14th spot in Western Conference with 6 wins 14 loses while LA Clippers is placed 5th with 11 wins and 10 loses.

Terry Rozier rallied the Hornets with 31 points, 4 assists and 2 rebounds but his effort was not enough for his team to win.

Bulls are at the second spot of Eastern Conference table with 14 wins and 8 loses while Hornets stand at 6th spot with 13 wins and 10 loses.

Cousins, 31, will sign a non-guaranteed deal with the defending NBA champions.

Teams must guarantee contracts for the balance of the season by Jan. 7.