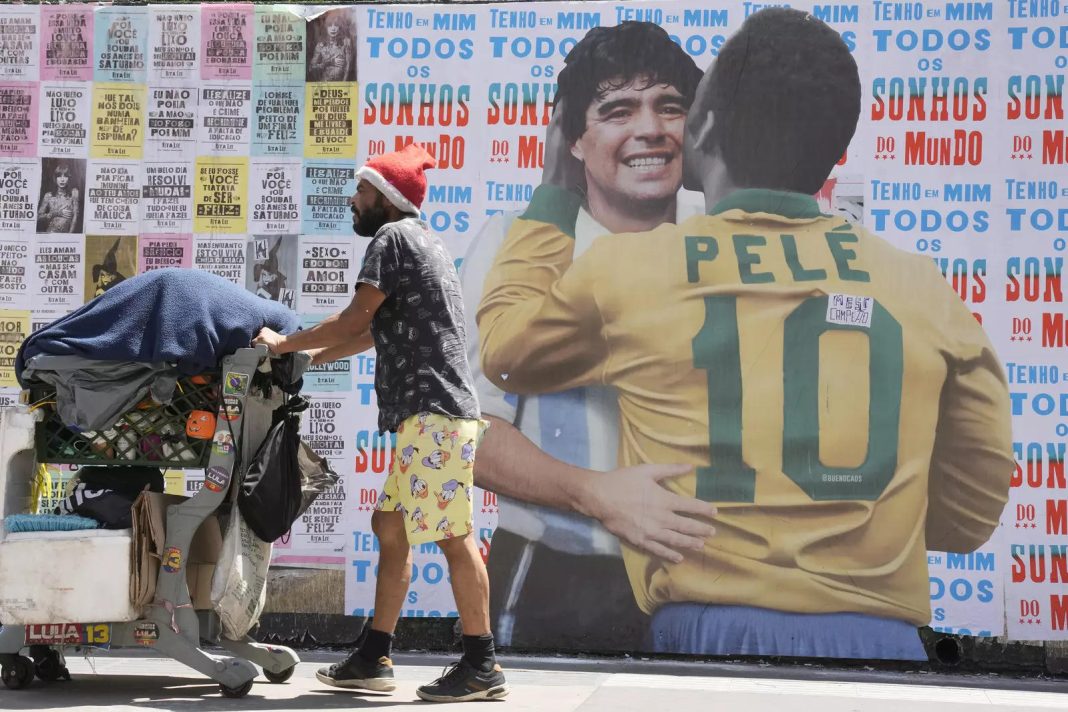 West News Wire: As worries about the condition of Brazilian football legend Pele’s health continue to worsen, family members have gathered to spend Christmas by his bedside.

Pele is still being treated at the Sao Paulo Albert Einstein hospital, where he was admitted at the end of November.

The 82-year-old legend, who is fighting colon cancer, contracted with Covid-19 before being transferred to the hospital.

One of Pele’s daughters, Kely Nascimento, shared a photo of her father in the hospital bed on social media on Friday.

“We remain here, battling with hope. Another night spent together,” read the message in the background.

“He (Edson) is here,” Kely Nascimento wrote alongside an image she shared.

Pele was diagnosed with colon cancer in September 2021.

Doctors have remained guarded about his condition, but last week said that the disease had progressed, ending any hopes that he might be released for Christmas.

Pele’s apparently worsening condition has led to an outpouring of support from the football world.

The Brazilian team displayed a banner with his name and image on it during matches at the World Cup in Qatar a gesture matched by fans in the stands.

Pele, whose birth name is Edson Arantes do Nascimento, is widely regarded as among the greatest ever to play the game.

He earned global renown as a teenager when he helped Brazil to win the 1958 World Cup in Sweden a title they would defend four years later in Chile. Pele won his third World Cup in Mexico in 1970.

At club level Pele won an array of titles at Brazilian giants Santos before ending his career at the New York Cosmos.

Pele scored 77 times in 92 matches for Brazil. His overall career tally is disputed due to a lack of official records, although he is said to have scored more than 1,200 goals.