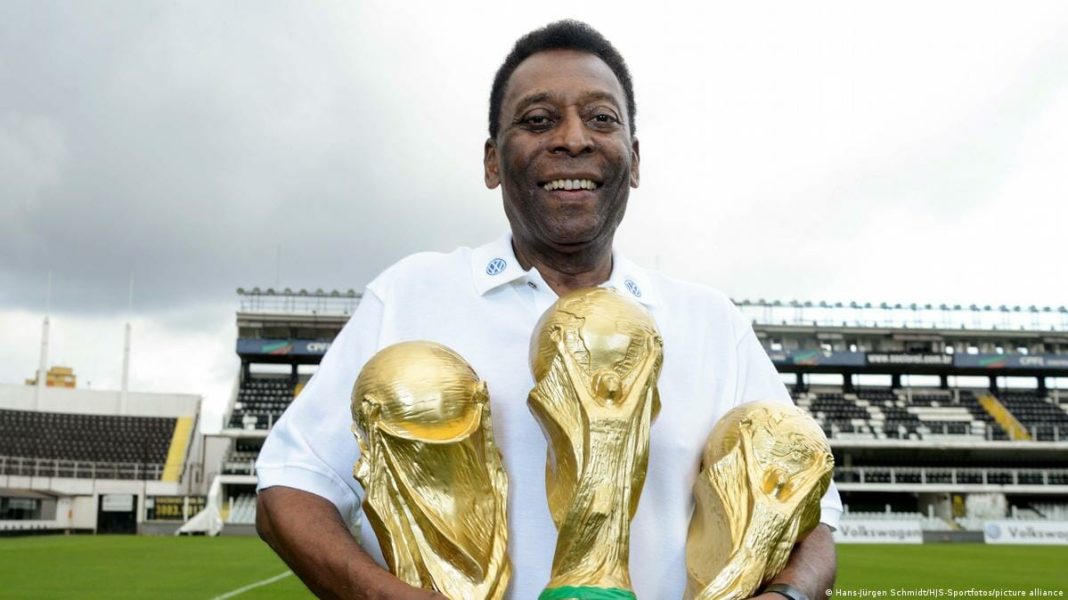 West News Wire: The illustrious Brazilian football player Pele, who rose from barefoot squalor to become one of the finest and most well-known athletes in contemporary history, passed away at the age of 82.

Pele passed away at 3:27 p.m. (18:27 GMT) on Thursday “due to various organ failures stemming from the progression of colon cancer related with his previous medical condition,” according to the Albert Einstein hospital in Sao Paulo, where he was receiving treatment.

On his Instagram account, the lone player to win the World Cup three times was reported to have passed away.

The tweet stated that King Pele’s voyage was “characterized by inspiration and love, who gently passed away today.”

Edson Arantes do Nascimento, better known as Pele, achieved a variety of things both on and off the field.

The memorial post on Pele’s social media page highlighted the star’s international appeal, referencing an incident during the Nigerian civil war when opposing factions agreed to a ceasefire in order to enjoy a match Pele played in the country.

“On his journey, Edson enchanted the world with his genius in sport, stopped a war, carried out social works all over the world and spread what he most believed to be the cure for all our problems: love. His message today becomes a legacy for future generations,” it read.

A public funeral is set to be held outside Sao Paulo, Brazil, at the Vila Belmiro Stadium, where he played for many years with the Santos football club. The casket is set to pass in front of the house of his 100-year-old mother, Celeste Arantes, before being placed in the center of the field.

The public will be able to pay their respects there on Monday and Tuesday of next week.

Tributes poured in from around the world for the late football legend, including one from his daughter, documentary filmmaker Kely Nascimento. She posted a photograph to her Instagram showing family members holding his hand as he rested in a hospital bed.

“Everything we are is thanks to you,” Nascimento wrote. “We love you infinitely. Rest in peace.”

Medical reports indicated that Pele passed away due to multiple organ failure, as a result of his battle with colon cancer. He had been hospitalised with multiple ailments, including a respiratory infection, and was also suffering from heart and kidney problems.