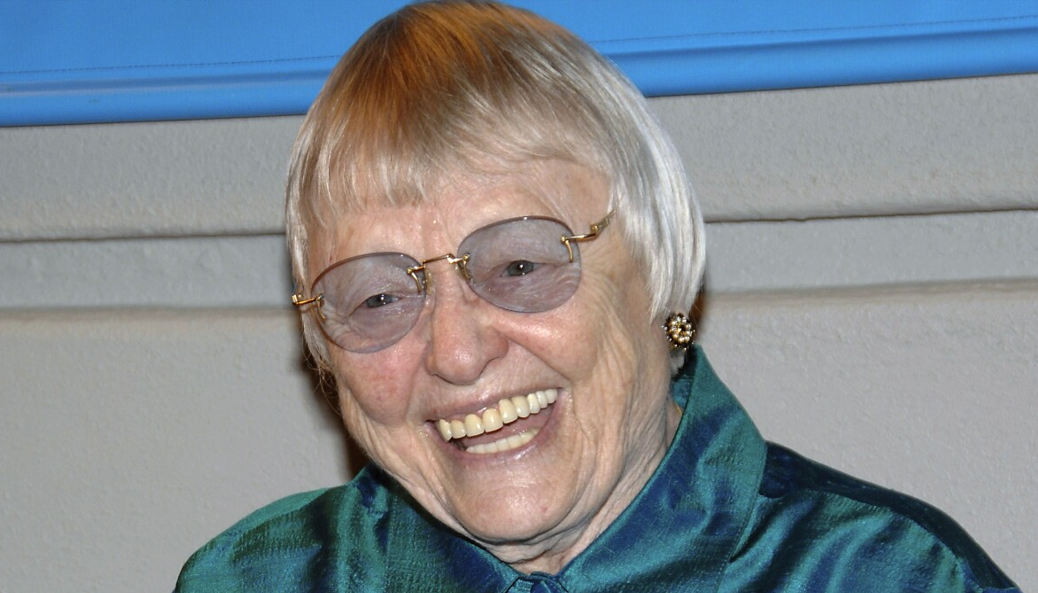 West News Wire: Pat Carroll, who played Ursula in “The Little Mermaid” and was a longtime staple of comic television who won an Emmy for “Caesar’s Hour,” has passed away. 95 years old.

Carroll passed away on Saturday at her home in Cape Cod, Massachusetts, according to her daughter Kerry Karsian, a casting agent. She wants everyone to “honour her by having a raucous laugh at absolutely anything today (and everyday forward) because, in addition to her brilliant talent and love, she leaves my sister Kerry and I with the greatest gift of all, imbuing us with humour and the ability to laugh even in the saddest of times,” Tara Karsian wrote on Instagram.

Carroll was born in Shreveport, Louisiana, in 1927. Her family relocated to Los Angeles when she was 5 years old. Her first film role came in 1948 in “Hometown Girl” but she found her stride in television. She won an Emmy for her work on the sketch comedy series “Caesar’s Hour” in 1956, was a regular on “Make Room for Daddy” with Danny Thomas, a guest star on “The DuPont Show with June Allyson” and a variety show regular stopping by “The Danny Kaye Show,” “The Red Skelton Show” and “The Carol Burnett Show.”

She also played one of the wicked stepsisters in the 1965 television production of “Rodgers and Hammerstein’s Cinderella” with Lesley Ann Warren.

A new generation would come to know and love her voice thanks to Disney’s “The Little Mermaid,” which came out in 1989. She was not the first choice of directors Ron Clements and John Musker or the musical team of Howard Ashman and Alan Menken, who reportedly wanted Joan Collins or Bea Arthur to voice the sea witch. Elaine Stritch was even cast originally before Carroll got to audition. And her throaty rendition of “Poor Unfortunate Souls” would make her one of Disney’s most memorable villains.

Carroll would often say that Ursula was one of her favorite roles. She said she saw her as an “Ex-Shakespearean actress who now sold cars.”

“She’s a mean old thing! I think people are fascinated by mean characters,” Carroll said in an interview. “There’s a fatal kind of distraction about the horrible mean characters of the world because we don’t meet too many of them in real life. So when we have a chance, theatrically, to see one and this one, she’s a biggie, it’s kind of fascinating for us.”

She got the chance to reprise the role in several “Little Mermaid” sequels, spinoffs and even theme park rides.

Carroll was also the voice of Granny in the English-language dub of Hayao Miyazaki’s “My Neighbor Totoro.”